‘Can You Show a Child Love?’ Then You Can Volunteer

Jone Branum knows it can feel like a big decision to try something new like volunteering at a KiDs Beach Club®. But after praying about it and stepping out in faith, she now serves as a surf team leader at the Beach Club at Crockett Elementary in Weatherford, Texas. In fact, she even has great tips for finding volunteers.

“People are somewhat reluctant to participate, because Beach Club seems like an overwhelming commitment.” Branum said. “They don’t know the kids, they don’t know how to do it, and all of the unknowns cause them to say no.” But Branum was determined to gather more volunteers for a growing club.

The first person Branum asked to sign up was a woman in her 70s who is in a wheelchair. Since the woman led Bible study for years, she appeared to be a great fit. But when asked if she would like to volunteer, she said, “I don’t like kids, I don’t do kids.” 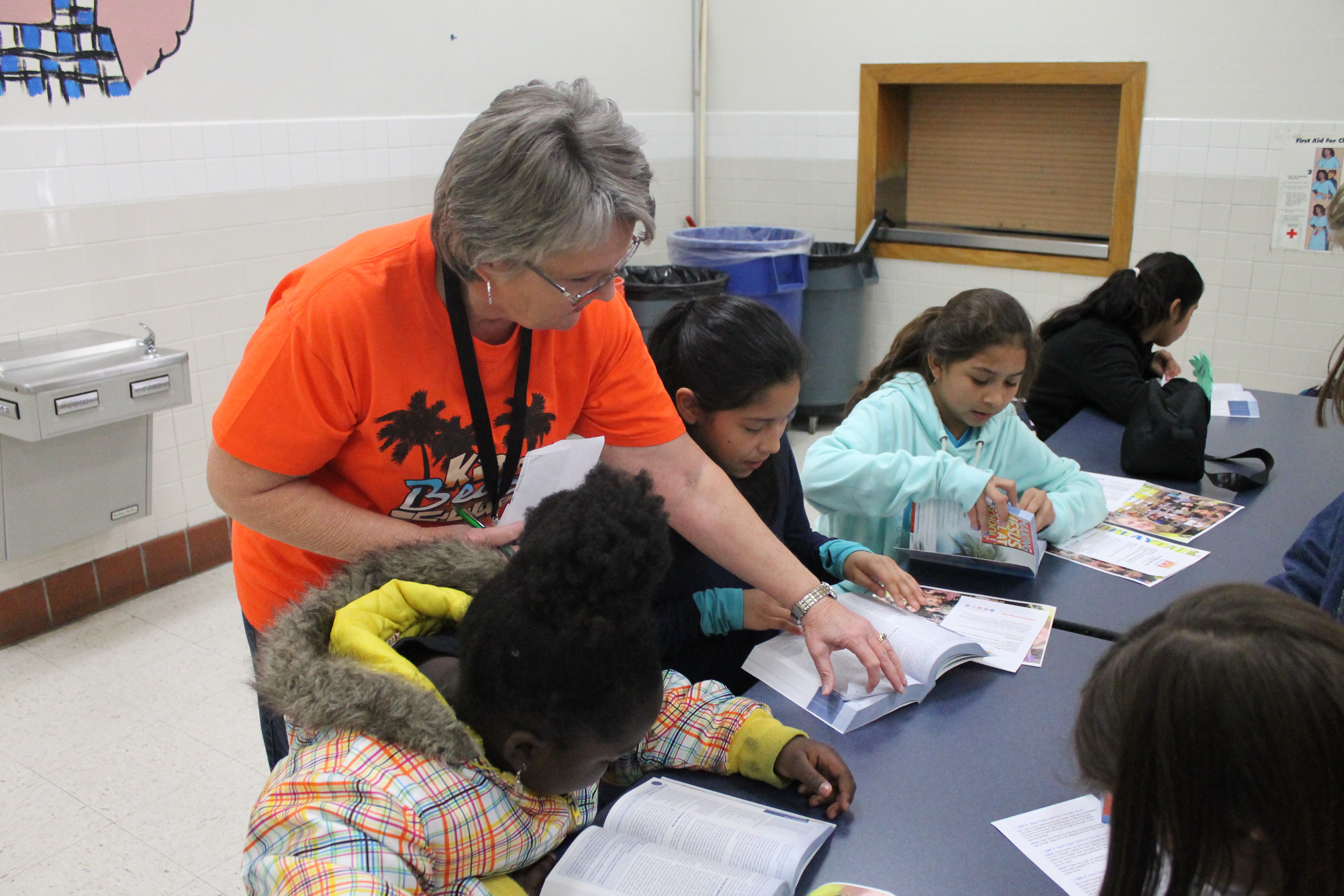 Branum then thought about what was really required to volunteer for an after-school Bible club. In response she asked the woman, “Could you look a child’s eyes and say their name? Could you tell them hello? Can you help them say a verse? Or ask them how their day was and pray with them?”

And lastly, she asked, “Can you show a child love?”

Her answer was, “Well, I could try.” This lady was there the next week of club and quickly fell in love with the ministry. Another woman Branum asked to volunteer was in her 80s. While Branum was confident the woman could do it, the woman was not so confident in herself. Branum also assured her that it would be simple material.

“It’s really a matter of loving the kids and letting them know that someone cares about them,” she told her. And again, this woman came and thrived.

Even the club’s storyteller was not a super talented teacher, but he loved Jesus and was willing to serve. Branum remembered how you could hear a pin drop in a room full of kids while he spoke. He cared for those children and the children knew it; they were quiet because someone who cared had a message for them.

Volunteering at Beach Club is not an overwhelming commitment. There are many roles to choose from and in that the load is light.  For any surf team leader, it’s a matter of prayer, reading a couple of paragraphs beforehand, and knowing what the lesson is going to be about.

“God directs the whole thing,” Branum said. “God does the work. We just need to show up with a little bit of preparation and a lot of love in our hearts.”