We hear it all the time: God can’t be in public schools! The Bible isn’t allowed in schools anymore! Since you’re a supporter of KiDs Beach Club®, you know neither of those statements is true.

Even some of our volunteers occasionally find it difficult to believe they are sharing the gospel with kids in public school, but they never take it for granted or underestimate their role in the spiritual development of children.

“Being able to come into this school on a weekly basis and teach God’s word and teach who He is to these kids is an amazing and unique opportunity,” said Katherine Criswell, a Beach Club volunteer at Mohawk Elementary in Richardson, Texas. 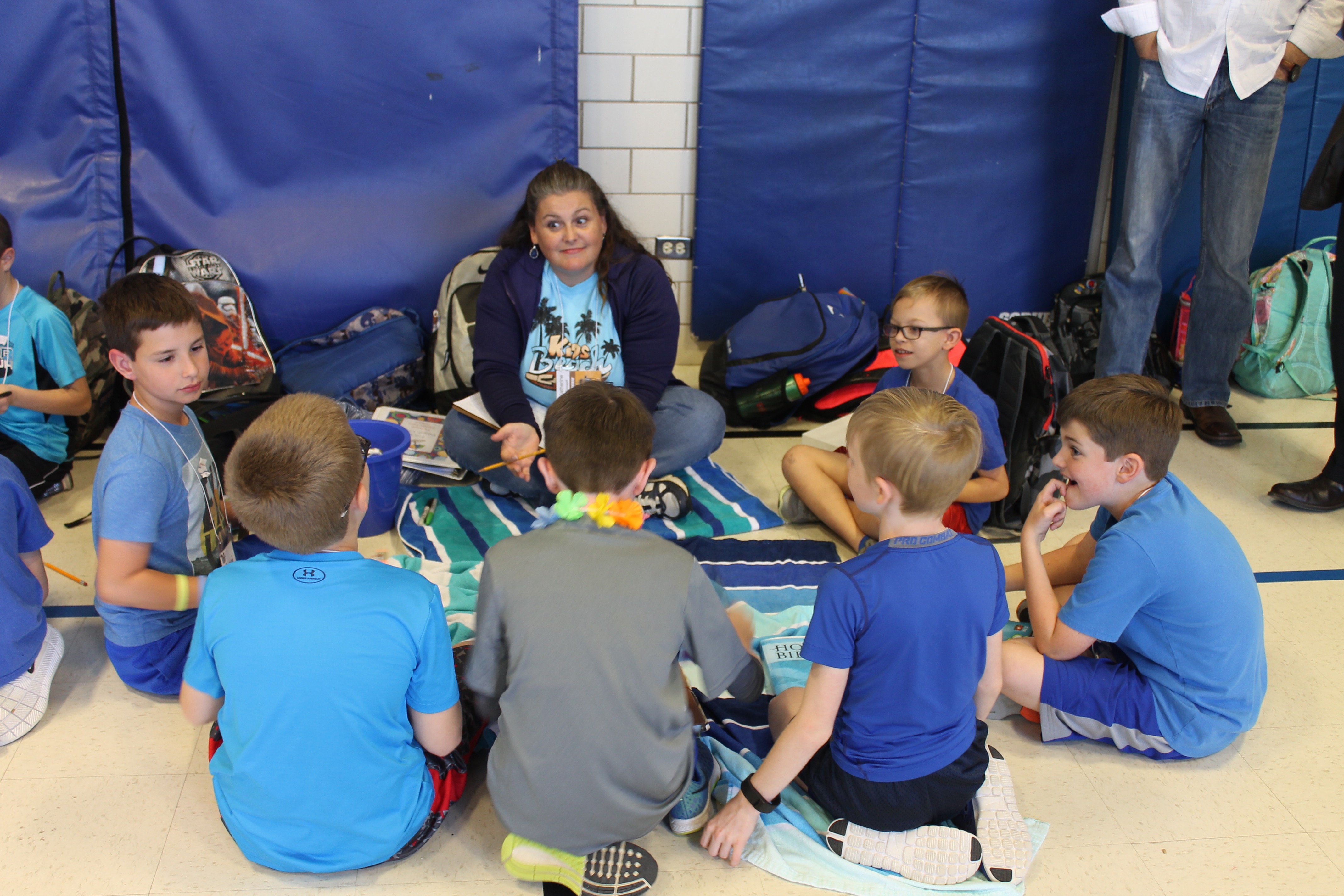 “I didn’t even realize that you could go into a school and have a Bible club at a public school,” she admitted. “To have that opportunity is a huge blessing and a huge ministry opportunity… they may not have a good understanding as to who God really is and who Jesus really is and why Jesus was sent to earth for them to have that intimate relationship that they can have with Him.”

Kids not only have a weekly opportunity in Beach Club to sing worship songs to God and to learn who God, Jesus and the Holy Spirit are, but they can learn about Him through stories in the Bible. Thanks to donors like you, we are able to provide every child in every Beach Club with their very own study Bible and our volunteers are teaching kids how to use it.

“We can teach them how to incorporate that into their lives,” Criswell said. “We can teach them character traits that hopefully we’re planting nuggets and truth within their hearts… that I hope will eventually take root and that they can then look back years later and have those little nuggets that they can dwell on for whatever experience and trials they are going through.”

Courtney Cain spent several years as the club leader at Hanby Elementary in Mesquite, Texas. She had previously taught fourth grade at the school and remembers when she first realized the school needed Beach Club at her school.

“One day, in the middle of the school day, one of my students was very upset so I took him aside in the hallway when the rest of the class went to P.E.,” Cain said. “He said he was very scared because his older brother had given him drugs and he had smoked earlier that morning. He was terrified that he was going to get arrested.”

Cain said she knew many kids she taught have difficulty at home but said that story made it very real for her. That is when God told her it was time to get Beach Club at Hanby. Beach Club is teaching kids the difference between right and wrong through the truth of God’s word.

“God’s word is so powerful!” Cain reminds us. “When we put Bibles in the hands of these kids, those Bibles are going into those homes where these things are happening and where these kids are experiencing trauma or hopelessness. For the word of God to be going into their homes and for them to go share what they have just learned at Beach Club, and for the kids to have consistency with people of God each week and to associate God with love and with generosity, it really opens their eyes to all that He has for them. It really just starts planting those seeds and giving them hope.”

When you read stories like these about the opportunity we have with this ministry, there is little doubt of the eternal impact we’re making in God’s kingdom.