Looking for Volunteers? Don’t Panic, Give it to God

At the start of the new school year it can sometimes be a challenge for churches to recruit volunteers to serve in Beach Club, and also organize who will be doing what role. Three years after launching its club, a church in Tennessee is praising the Lord for His divine orchestrations to bring them the exact number of volunteers it needed.

First Baptist Church in Lakeland, Tenn. Started a Beach Club at Lakeland Elementary three years ago. When they were first presented with the idea of their church partnering with KiDs Beach Club®, it was a completely different concept for them to be able to host an after-school Bible club inside a public school. The church jumped at the opportunity.

First Baptist Lakeland has a church body of a little more than 100 members. Once they began planning for club and organizing their volunteers they had more than 30 people sign up to help in some form or fashion. That’s one-third of their congregation!

However, about a week before their club was scheduled to begin, they got an unexpected call from one of their volunteers. This individual was set to serve as both a surf team leader and the worship leader of their club. Their work schedule suddenly changed and they were no longer able to make it in time to volunteer. 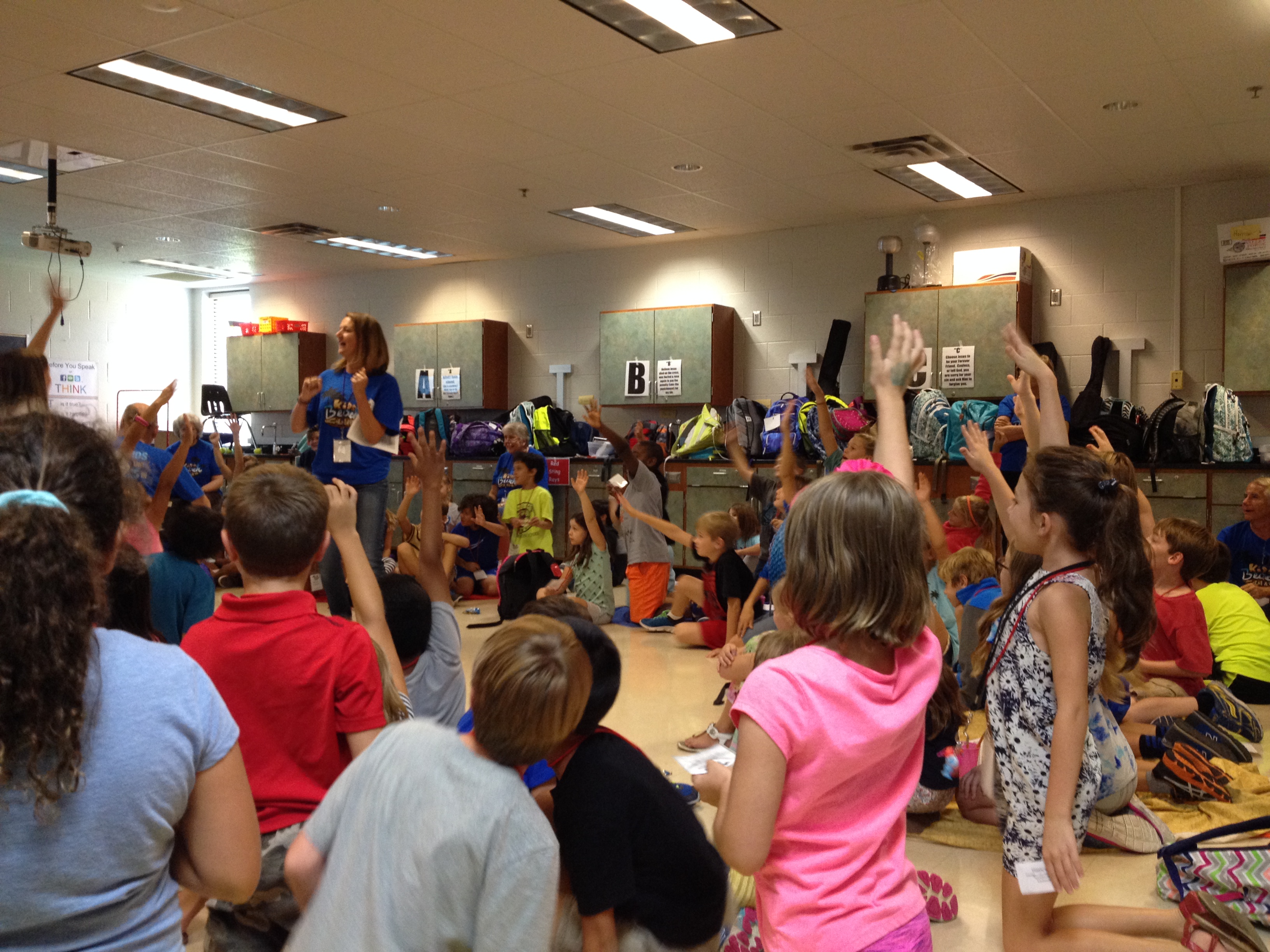 Church coordinator David Riggs found himself in a bind. When he heard the news, he thought “What am I going to do?” Panic began to set in. Another church leader was able to make a call to Laura Simons, a church member, in hopes of she had a connection who could fill either one of the open positions of worship leader or surf team leader. Upon hearing Lakeland’s request, Simon responded, “Well, I have kids that go to school there, and I am a teacher. Would you want me to do that?”

Indeed, First Baptist Lakeland wanted her to fill that role. That was one of the positions covered just in time. But, that still left them without someone to lead the music, and they had less than a week before club was set to begin. Riggs continued the search until they found Dianne Davis.

Davis was working as the music teacher at Lakeland Elementary when she heard about KiDs Beach Club® through an email from the principal. She initially dismissed the idea of helping because of her busy schedule, but the Friday before their first club, Davis felt a stirring in her heart.

“What if no one signs up to help?” she wondered. So, Davis contacted the principal and was told the club was looking for a worship leader. “Well, I knew that was God working so of course I said yes.”

“I was so overcome with emotion that finally, after almost 20 years of teaching, I could finally pray with and talk freely about God with my students,” Davis later said about the opportunity to do Kingdom work inside her school.

With the start of the new semester Beach Club, it can sometimes be a challenge for churches to recruit volunteers, and also organize who will be doing what role. Three years later, a church in Tennessee is still praising the Lord for His divine orchestrations to bring them the exact volunteers they needed.

God has continued to work in the Beach Club at Lakeland Elementary. With more than 100 children registered, Riggs is thankful for a church willing to serve and the team of volunteers the Lord provided. “We know what our mission is; it’s go and make disciples.”