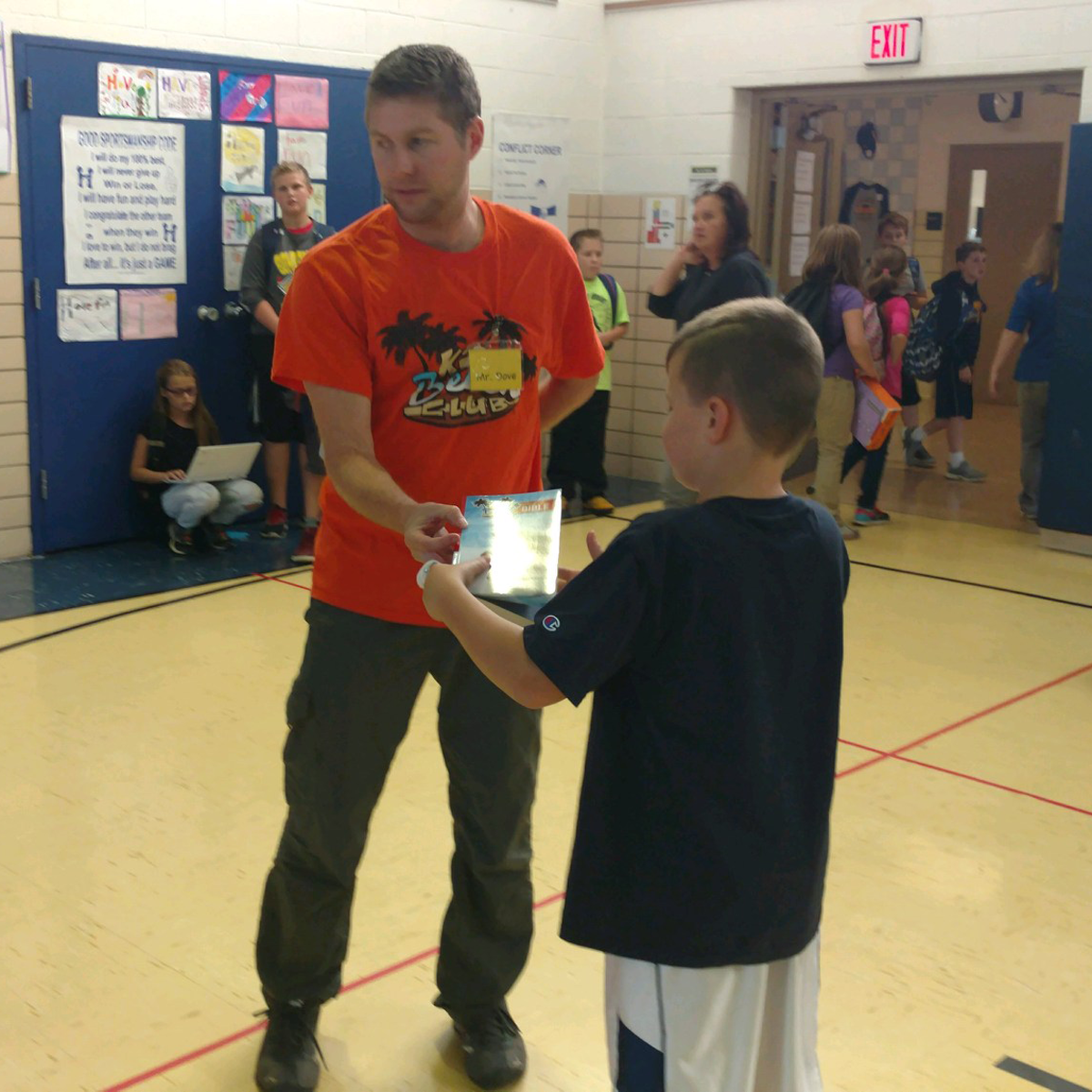 Chris Dove has been a part of KiDs Beach Club® for a long time. From getting involved with the ministry as a children’s minister in Georgia to later becoming an independent area strategist for the states of Kentucky and Ohio after starting clubs in those states. Dove is currently transitioning out of his role to serve with his family as missionaries to the Dominican Republic.

He penned the following testimony and sent it to KBC staff as a means of encouragement. We want to share it with you to see the passion he has for KiDs Beach Club® and for ministry.

Back in 2010, I heard about KiDs Beach Club® from a family that attended the church where I was the children’s pastor at in Georgia. Their elementary age son was going to a club at his public school. They told me about this thing called KiDs Beach Club® and left a flyer on my desk, where it sat for a long, long time.

I was intrigued but was way too busy to start a new ministry.

As a children's minister, it wasn’t uncommon for people to come and tell me about the latest, greatest ministry idea. Our senior pastor would say, ‘Your passion, is not my burden.’ Meaning just because it's a good idea, doesn’t mean you can do everything. That was until one day when that same family came to church and their youngest told me he was saved at school, a public school.

Now, I was more than intrigued; I was invested. I had to see KiDs Beach Club® in action. I was beyond impressed. It was run like a good children’s church program but done in the public school, and they had more than 100 kids! How priorities change.

I was now too busy not to do this.

In early 2011, I accepted the children’s minister position at a church in Kentucky and we moved. When we got settled in, I called KiDs Beach Club® and told them I wanted to start a club. But there was one issue, there was no area director for Kentucky. Through some changes, my wife became the area director for a short period and helped me launch the club. Shortly thereafter, she accepted a fulltime job and I was grateful to connect with another very talented woman, who then became the area director. The Lord blessed that club and brought some great families to our church. The following year we added another church partner and club.

Meanwhile, while all this growth was happening, both my family and the current Kentucky area director moved out of state. Since there was no longer an area director, I asked to step into that role knowing that I could still help the clubs prosper from my new home in Ohio. During the last two-plus years, I have managed KBC operations in Kentucky from afar and was also able to get it started in Ohio. It was fun being able to introduce KBC to two different states!

As we prepare to transition to yet another role, missionaries to the Dominican Republic, when we ask our son how he feels about going overseas, he says happy and sad. That’s exactly how I feel about saying goodbye to KiDs Beach Club®. I am so happy to hand off KBC to someone that is a Kentucky lifer, who is so passionate about KBC, who you almost have to tell her to slow down to catch her breath. But I’m also sad, as KBC has been part of my life for the last eight years.

We know you’ll be joining us in praying for Chris and his family as they head off to their next mission field this summer. Glenna Hockensmith will be taking over the reins for KiDs Beach Club® in Kentucky. She has been a fantastic club leader at Peaks Mill Elementary School in Frankfort, Ky. We will give her a proper introduction in next month’s newsletter.

Volunteers, how is sharing the gospel impacting the school where you serve and your community? Have you since seen Jesus move in the lives of the kids in you club? Parents, have your kids decided to use KiDs Beach Club® as a way to tell their friends about Jesus? We want to hear your stories about the impact of our ministry! Use #MyKBCStory in your social media posts or email us at news@kbcmail.org.