The Girl who Needed a Light to be the Light

In the rural area of Tool, Texas, the bus rides to school begin quite early in the morning and are often long ventures. Steve Palmer, the pastor of Providence Baptist Church, and his wife Wendy, greet children coming off of the bus every single morning when it arrives at school. They also greet parents at their cars when they drop off their children. 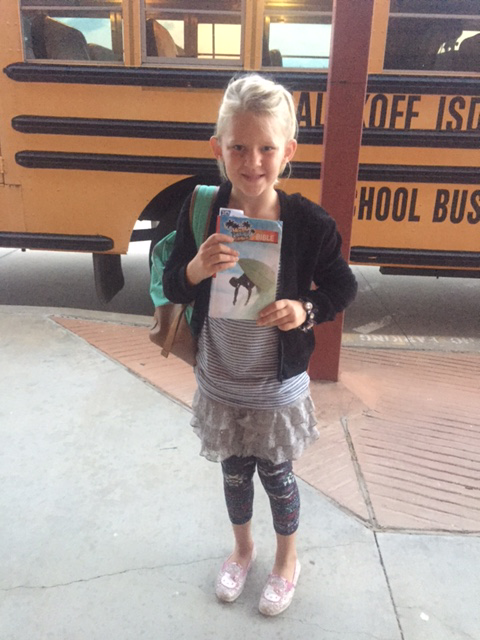 Two days after the school’s Great Treasure Day celebration in early October, a little girl named Kendal stepped onto her school bus with a special request. Her bus driver, Ms. Mary, usually kept the bus lights turned off so the children could sleep or rest on their long drives to school in the early morning hours. But, with her KBC Explorer’s Study Bible in hand, Kendal asked Ms. Mary if she would turn on the bus light so she could be able to read her new Bible. Ms. Mary happily obliged and Kendal was able to read her new KBC Bible on the bus ride to school.

Wendy Palmer noticed Kendal with her new KBC Study Bible as soon as she hopped off of the school bus that morning. Wendy found out from Ms. Mary how Kendal had requested the bus lights be turned on so she could read her Bible.

Wendy called Kendal’s mother to talk to her about it, and her mother shared how since Kendal started attending Beach Club their family has developed a genuine love for attending church. They do not see it as a chore as they once had, but instead they count down the days with excitement to the next time they can attend.

While they have been faithfully attending a church together, Kendal’s mother said their family will visit Providence Baptist Church because of the impact the church leaders have made at the school through KiDs Beach Club. She loves how the pastor takes the time to greet the parents each day and how Kendal enjoys Beach Club.