Jason Earls is on a mission. The comedian who recently starred as a Surf Team Leader for Telly award-winning KiDs Beach Club TV doesn’t live to make you laugh; he makes you laugh to help you live.

A husband and the father of six children, Jason’s got a thing or two to say about how to navigate life. His warm personality and impeccable comedic timing has made him a favorite at comedy clubs, churches, businesses, and in front of students and members of the Armed Forces.

Jason is a nontoxic comic: You can trust him to deliver without the offensive turn or twist.

Once voted Seattle’s Favorite Comedian, Jason has also been featured on Focus On The Family’s Date Night Challenge, Trinity Broadcast Network, and the Date Night Comedy Tour. In addition, he was named ITM Live’s Best Comedian. He has been sought after to produce content for marriage and family events which has earned him the title, “Comedy Familiologist,” pointing back to his desire to connect with audiences from all walks of life.

Jason has performed throughout the country and abroad, and when he’s not on stage, he’s most likely with his wife,Terri, at one of their amazing kid’s ridiculous sports events in his home city of Dallas, TX.

Step into a room where Jason commands a stage, and you will certainly experience something special — a refreshing brand of humor that really does help you live. Learn more about Jason's upcoming shows, read his blog, or listen to his podcast at Jason's website. 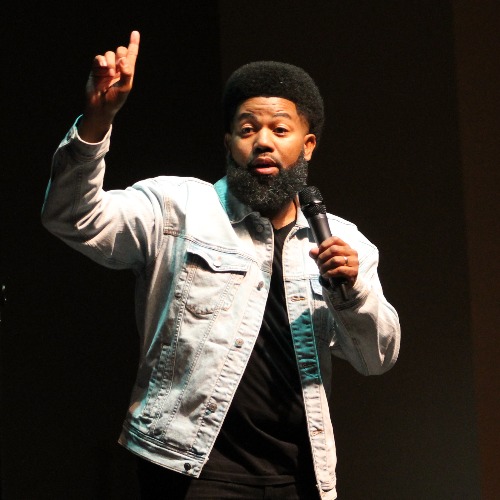