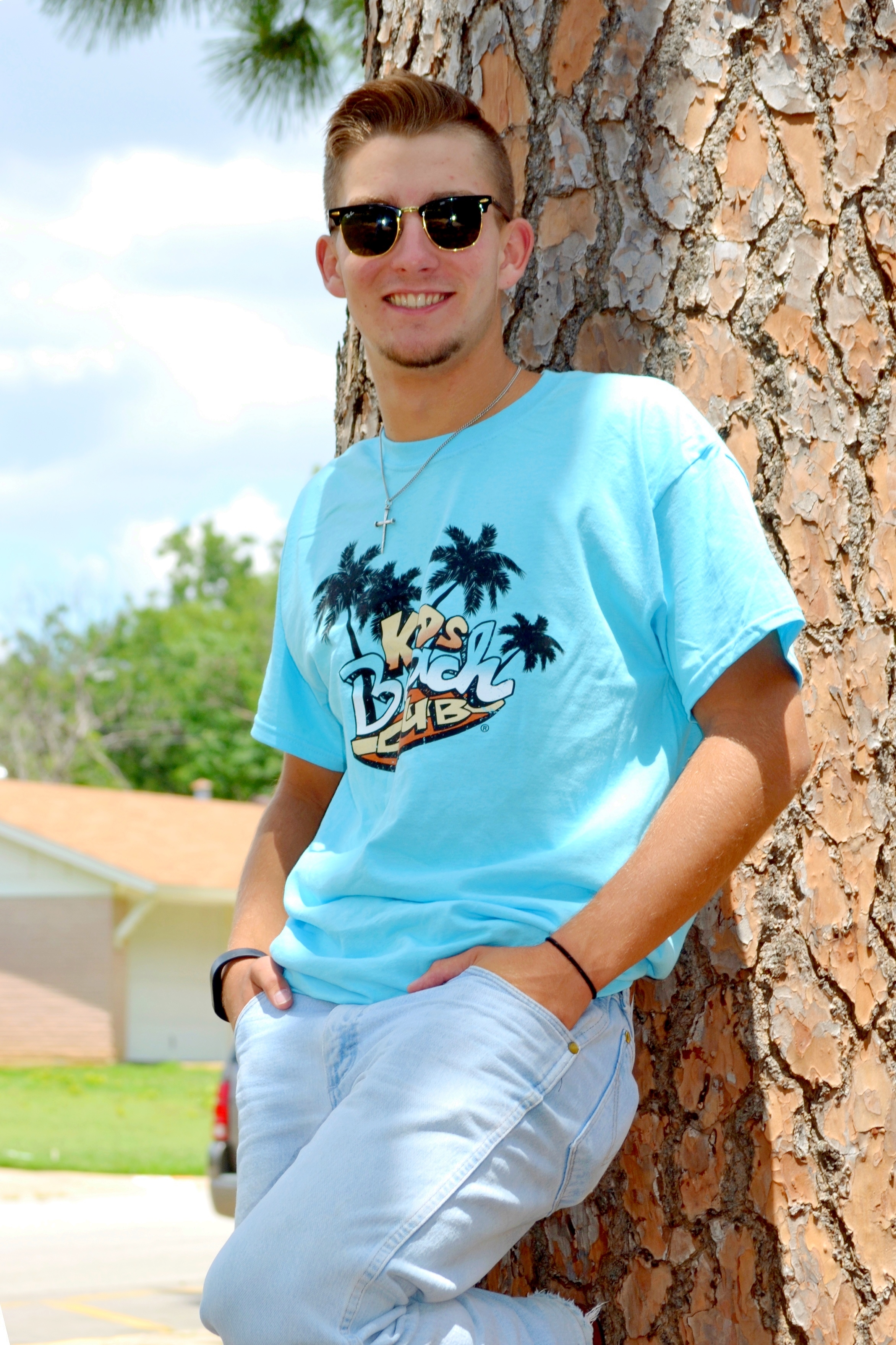 When Dawson Morton began attending KiDs Beach Club® at Meadow Creek Elementary School in Bedford, Texas, he didn’t go on his own volition, but instead because his mom said he should. What he found out, however, was that he liked it.

Now a sophomore at Wayland Baptist University in Plainview, Texas, Morton has a long history with KiDs Beach Club®. After joining Beach Club in third grade, he attended regularly for three years. He credits this to Jack Terrell, the KiDs Beach Club® founder, who was volunteering in the Meadow Creek Beach Club back then.

“That’s what I looked forward to when I went to Beach Club, was hanging out with Jack, and talking to Jack,” Morton said.

Terrell was serving as the Bible Connection Leader, teaching the weekly Bible story. Morton liked the way Terrell presented it, saying that although he had heard the stories in church, hearing them in Beach Club gave him a new perspective. This led to him accepting Jesus Christ as his Forever Friend.

“Jack is actually the one who brought me to Christ because of one lesson that he gave me,” Morton said.

That lesson was about Gideon. Making that day even more special, Morton had also been selected as that week’s Bible recipient. At that time, KiDs Beach Club® was only able to award one Adventure Bible each week in each club; Morton says that he still has his and plans to give it to his kids someday.

Eventually, as kids do, Morton aged out of Beach Club. However, he soon got the opportunity to return in a new capacity. His mom decided to volunteer at a Beach Club sponsored by their church, First Baptist Hurst, and she asked Morton to join her. Just as he had the first time, Morton balked at the idea.

At his mom’s persistence, he finally agreed to go one time. That was all it took.

“It was almost as if it had changed my life again, as to what it was when I participated in Beach Club… It filled my heart up with joy because I could see all these kids accepting Christ just like I did one day, and the joy when they got the Bibles that were given to them.”

Morton continued to volunteer at the River Trails Beach Club in Fort Worth, Texas, throughout junior high school. Today, he studies international marketing and plays baseball at Wayland, but he still remembers his time in KiDs Beach Club®. He has also remained close to Terrell, and still cites “talking to Jack” as his favorite part of Beach Club.

Morton offers this advice to kids who, like him, might be unsure about joining Beach Club: “Stick through it, even though your friends might not be there with you. And you might feel alone, but there’s always going to be people there for you, and good will most likely come out of it.”