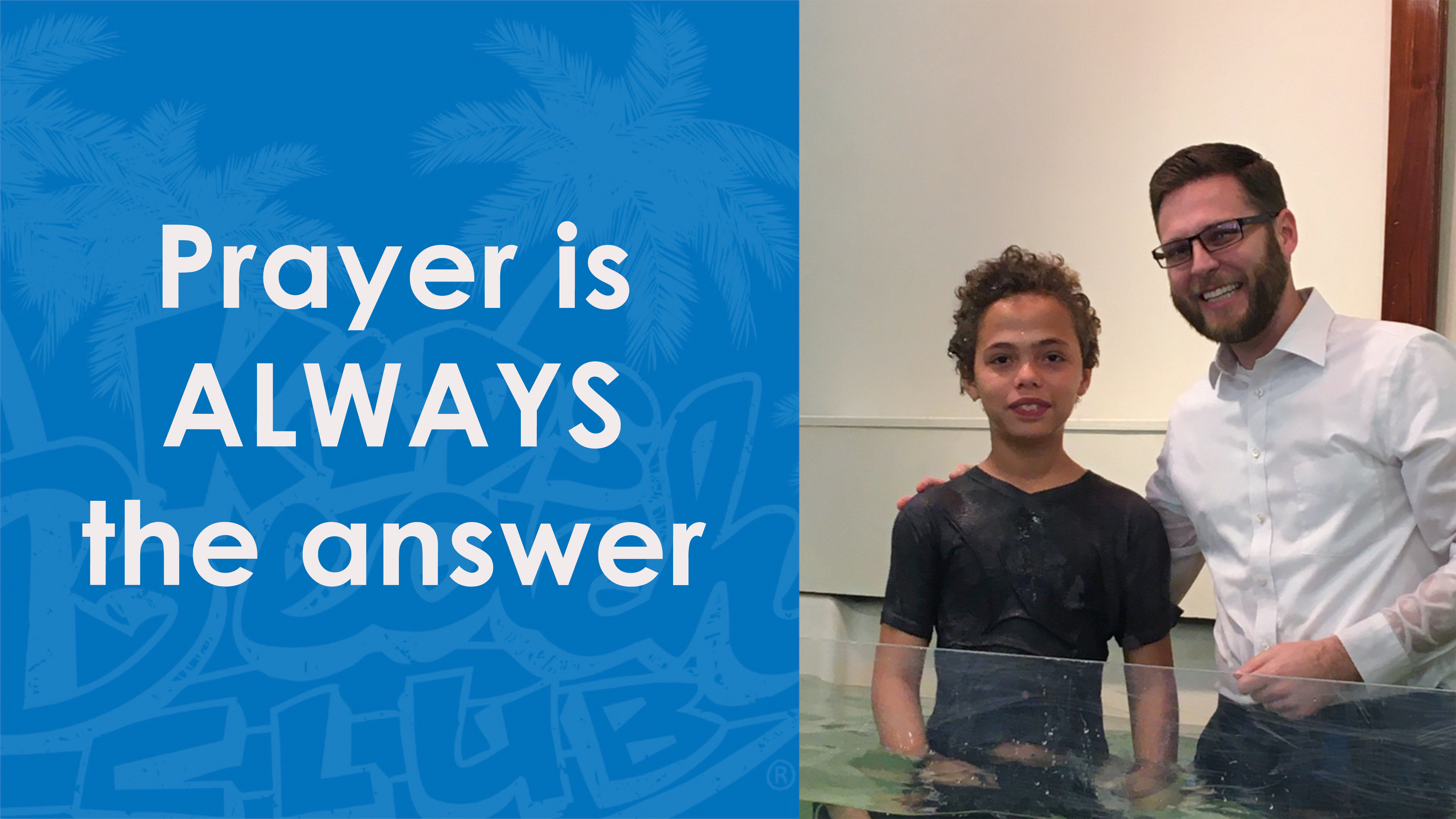 If there's anything 2020 taught us, it’s that things rarely go according to plan. In a year of canceled get-togethers, weddings, parties, and even jobs, we’ve all had to come to grips in one way or another with the fact that even our simplest plans can fail.

What do you do when it feels like the world is against you? What’s your response when things just fall through?

For Pastor Steven Greene, prayer is always the answer.

In January 2020, Pastor Steven Greene spearheaded the effort within Central Baptist Church to engage Lawrenceville Elementary School across the street via KiDs Beach Club. The club was growing rapidly in those first few weeks; then the infamous shutdowns were enacted, and schools all across America shut down due to COVID-19 concerns.

Steven was as disheartened as anyone when he heard the news. But he wouldn’t let this stop him; he turned to the highest power for help. When the world was in disarray and absolutely no one appeared to know what to do, Steven asked for God to show him how to continue the ministry and to watch over his students wherever they may be.

God provided. Steven was met with inspiration to provide neighborhood Bible Studies with VBS kits in the local community. These Bible Studies proved a success, and God’s work had just begun.

Steven and his team at Central Baptist Church blitzed the local communities with flyers, emails, and phone calls of encouragement and help. It wasn’t easy at first. Many of the students were still not catching wind of the opportunities available to them even during the shutdown.

“Some never checked the emails because they didn't have internet access,” Steven said. “The majority of the kids that we knew at the school weren't making any contact that way. It's been pretty difficult.” They wouldn’t let this stop them, however. They continued attempting to make contact, all while engaging local kids living in trailer parks with the message of the Gospel.

One young man named Tristan, who attended KiDs Beach Club, was prevalent in Steven’s prayers and remained one of the students that Steven’s team had lost contact with. Little did Steven know, but God was fully on the move in reconnecting Tristan with his KiDs Beach Club family.

In the weeks preceding the shutdown, Tristan was very quiet and listened intently to the lessons taught at KiDs Beach Club. On the last in-person day of the semester, Tristan actually asked a volunteer about trusting in Jesus, expressing he wanted to put his faith in him.

“I talked to his mom after the club meeting, and she was excited for Tristan,” Steven said. “She's a single mom with two kids and was struggling to hang in there. She had been saved and baptized as a young person herself. So she said, ‘I want you to come to talk with my other son about it.’

I responded saying, ‘We want to get both of them in church and get them baptized!’ Then COVID shut us down. Then her phone number went dead, and I never got an email response. We even had trouble locating the apartment listed on Tristan’s sign-up sheet. I mean, we just went months without any contact. It was seemingly a dead end.”

Steven continued, “I added the younger brother to my salvation-prayer-list and began praying for him with our church once we were able to meet back for Wednesday services. In our prayer meeting, we prayed by name for that young man. After church, I drove home, and he was standing in the road in front of my house!”

Steven jumped out of the car and asked him what he was doing there. The boy simply said his grandmother lived around the corner from Steven’s house. “I asked him to talk to his mom about reconnecting, and he texted her on the spot,” Steven related.

“A month passed. I called again, and a week later she called me back on a new number saying her old phone broke out of the blue.” Another week later, and the entire family showed up Sunday morning for church!

“We talked about going ahead and starting counseling for Tristan to get baptized, and at the same time, we would witness to Jayden, the younger son. Then she said she wanted to rededicate her life as well!” 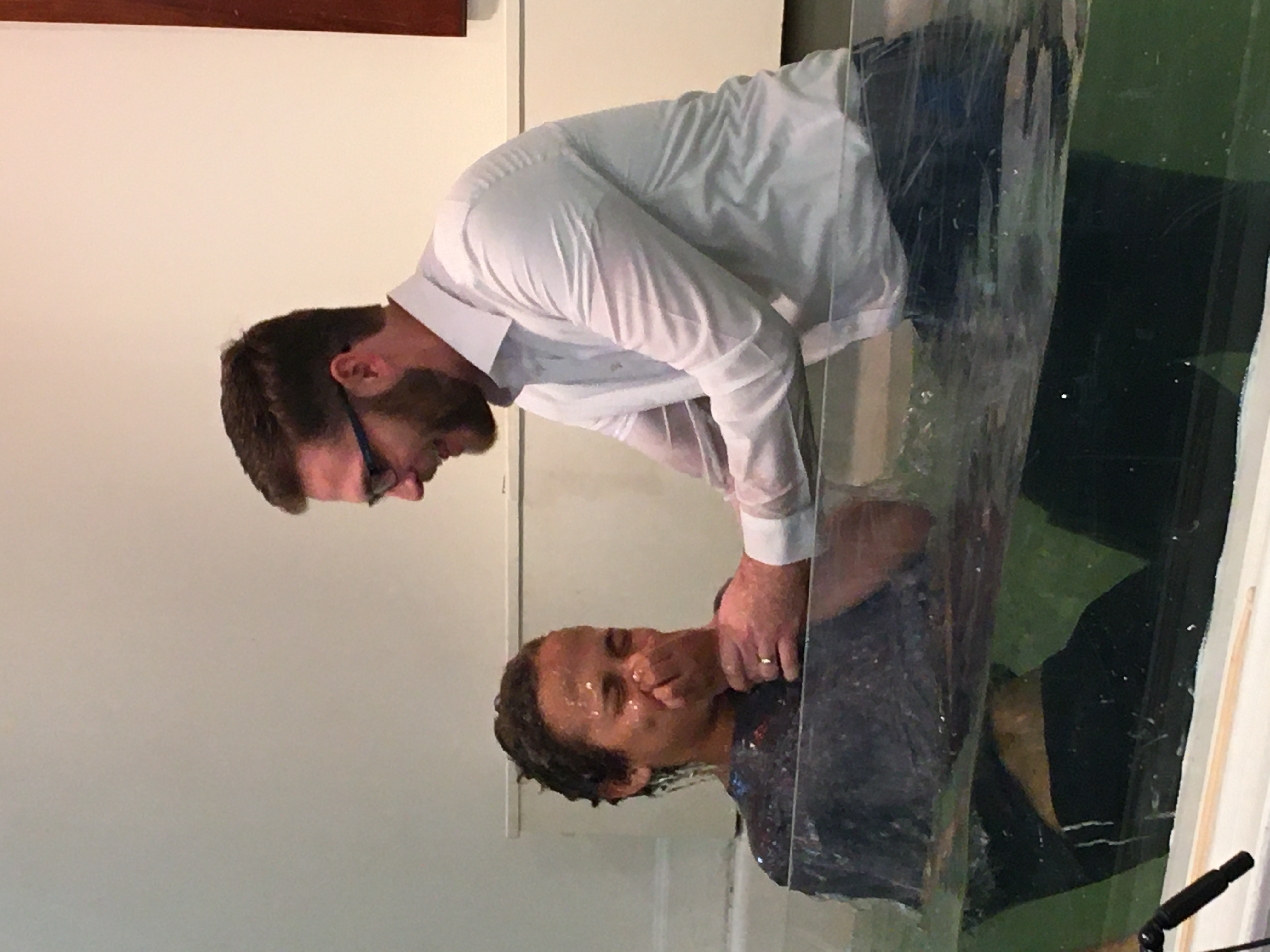 So Steven set up a meeting to arrange it all, but she never came. She called and asked if he could reschedule for the next day. The morning of the new appointment she called saying Jayden was feeling sick. Another appointment was set up; again, she didn't come. Steven called again to discover that she was now hospitalized after a dog had bitten her!

Steven was shocked at the difficulty of getting this family baptized. He was even more shocked when he was in an accident on his way to work, T-boned by an oncoming car the day the mother finally arrived for the meeting. Steven was at a complete loss. He set up another appointment right away, only for her to be in a car accident this time!

After all this madness, the mother started bringing the boys to Central Baptist’s Youth Group. After one hospitalization, one quarantine, two car accidents, and weeks without contact, Tristan was finally baptized.

His family has been attending the church for weeks, and Steven can breathe a sigh of relief as he and Tristan minister to Jayden both in and out of KiDs Beach Club®.

Regardless of how difficult the situation became, Steven and his team never gave up the battle for Tristan’s soul. God empowered them all, no matter how hectic things appeared.

A year filled with uncertainty concluded in celebration.

No matter how crazy our day-to-day gets, we have the ultimate help from our Lord, Jesus Christ. God is on the move in KiDs Beach Club and His Kingdom.

So when you feel like the world is upside-down, backward, or what have you, remember, prayer changes everything.