Don and Sue Lynn are not only husband and wife, but they are also Surf Team leaders at the Overton Elementary School Beach Club in Lubbock, Texas. The Lynns initially became involved after a request for help from their church, the First Church of the Nazarene, which partners with KiDs Beach Club®.

Don signed on first. Then, as Sue listened to Don convey the impact the experience was having in his life, she decided to volunteer as well. Together, they lead a Surf Team of about a dozen kids. 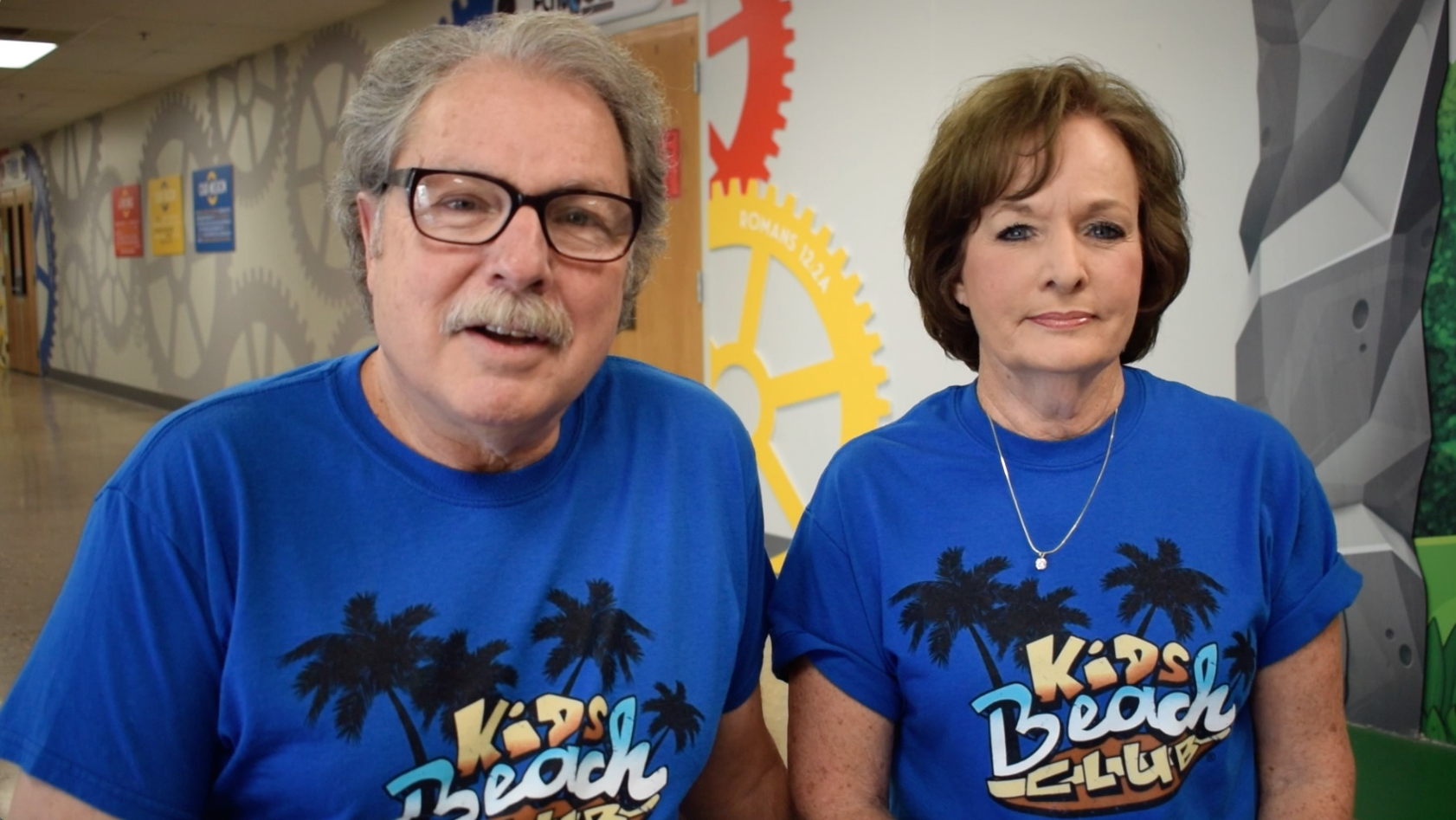 “Our prayer is that they’ll see Jesus in us, and that we will make an impression upon them that will be life-lasting,” Don said.

And indeed they have. They consider the children friends, praying for them throughout the week and greeting them with hugs at each meeting. This approach has garnered a positive response from the kids, who happily return their hugs.

However, the Lynn’s prayer to make a positive impact extends beyond the school walls and the weekly club meetings. They view Beach Club as a mission field, hoping to reach not only the children, but their families as well.

Each week, they walk the kids to their cars, greet their parents and invite them to church. They also encourage the kids to come up and speak if they see each other outside of club, and they do—usually with their parents.

“We have run into a lot of these kids around Lubbock,” Sue said, “and they always come and talk to us.”

Although their focus has been on the kids and their families, Sue says that the church’s efforts have reached a wider audience. In fact, people they do not know and who have no kids in Beach Club still know what their church is doing for their community and are grateful.

“I’ve heard this time after time,” Sue said. “Just like we don’t know the impression that we make, but something’s going on. God makes a way when there is no way. And I think this is one of those times.”

However, she is quick to point out that all of the credit goes to God, as it is indeed all about Him and all because of Him. They are simply blessed to be a part of it, and Sue echoes Don’s prayer that they will make a lifelong impression on the kids.

She quotes Proverbs 22:6, which reads, “Train up a child in the way he should go, And when he is old he will not depart from it.”