At a Beach Club at Harrison Lane Elementary School in Hurst, Texas, the volunteers see firsthand how important it is that KiDs Beach Club® celebrates Great Treasure Day and gives away a KBC Explorer’s Study Bible to every child.

Approximately 62 percent of all children who enroll in KiDs Beach Club® do not have a church home. These children are lost, and are searching for where to place their faith. With so much information so easily accessible to influence this young generation, it is vital that KiDs Beach Club® teaches these children the truth. Furthermore, it is important that we put that truth – the word of God – in their hands.

Johnnie Wallace, the senior pastor at Hurst Baptist Church, which partners with KiDs Beach Club® to sponsor the club at Harrison Lane, noticed a particular little girl in his Beach Club. 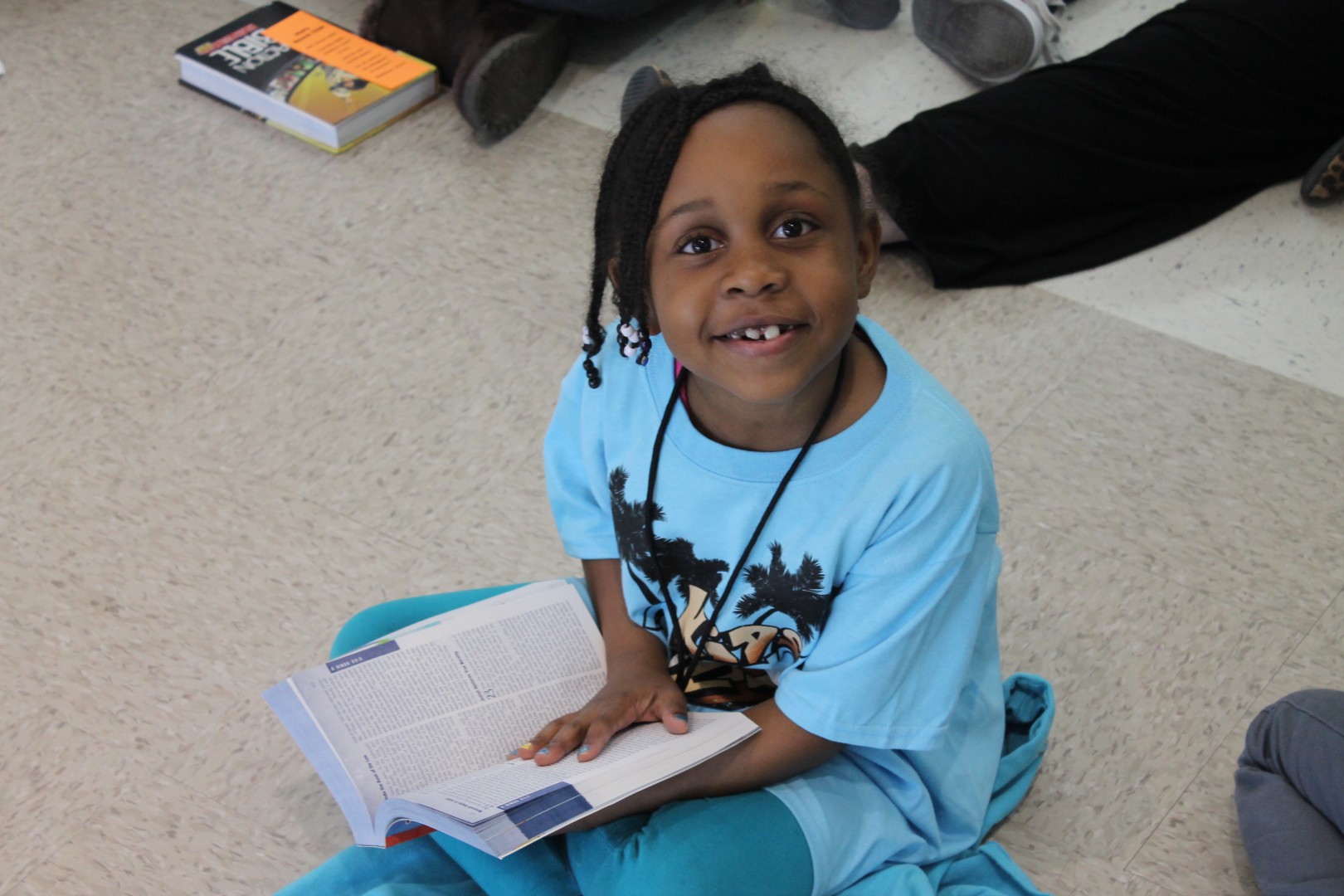 The next week at club they celebrated Great Treasure Day, and this little girl was given her own KBC Explorer’s Study Bible. “And she also left there with something else,” Wallace said.

Each week in club after he tells the Bible story, Wallace encourages children who have questions about receiving salvation and making Jesus their Forever Friend to talk with him. As soon as that invitation was made on Great Treasure Day, that little girl was the first one to come up and visit with Wallace about making Jesus her Forever Friend.

“She left there with a new citizenship that day,” he went on to say. However, it’s not a great ending, because the Beach Club volunteers suspect she went home, told her parents what she had decided, and never came back to Beach Club, further illustrating the short amount of time KiDs Beach Club® has to reach these children for Christ. “But I know this, one of these days; I’ll see her again,” Wallace said.

These children are vulnerable and they are seeking. They want to know more. KiDs Beach Club® is giving them the tools to know more, and the Bible is that tool.

“I feel like we are giving the children something they can build their lives on,” Wallace said. “We may get them in Beach Club one week, but if we can get them in club to give them a Bible, we've given them something that can last them the rest of their lives. We try to teach that there is nothing more valuable than this.”

KiDs Beach Club® is connecting kids to Christ and putting Bibles in their hands. Thank you for your continued support of the Bibles for Beach Club program and for your continued prayers as churches go outside their own walls and inside public elementary schools to share the gospel with hundreds of children all over the country.