Taking Others to a Higher Level

Jack Terrell, the president and founder of KiDs Beach Club®, delivered a powerful message at two of the three Leadership Luau: Spring Training events designed to encourage volunteers. It’s a strategy he uses to lift up others and take them to a higher level.

Terrell opened his talk with a short story from his childhood. His family owned a couple businesses in town where he helped out when he was young. One of those businesses was a gas station in near proximity to a few local bars. People coming over from the bars would often make a mess in their bathrooms and Terrell’s father wouldn’t allow anyone to clean it up except Terrell. Because of the experience, Terrell knew from an early age he didn’t want anything to do with alcohol, because of the byproduct.

“Sometimes people don’t want to have anything to do with us because they’ve seen the byproduct,” Terrell said about how the world mistakenly labels Christians. 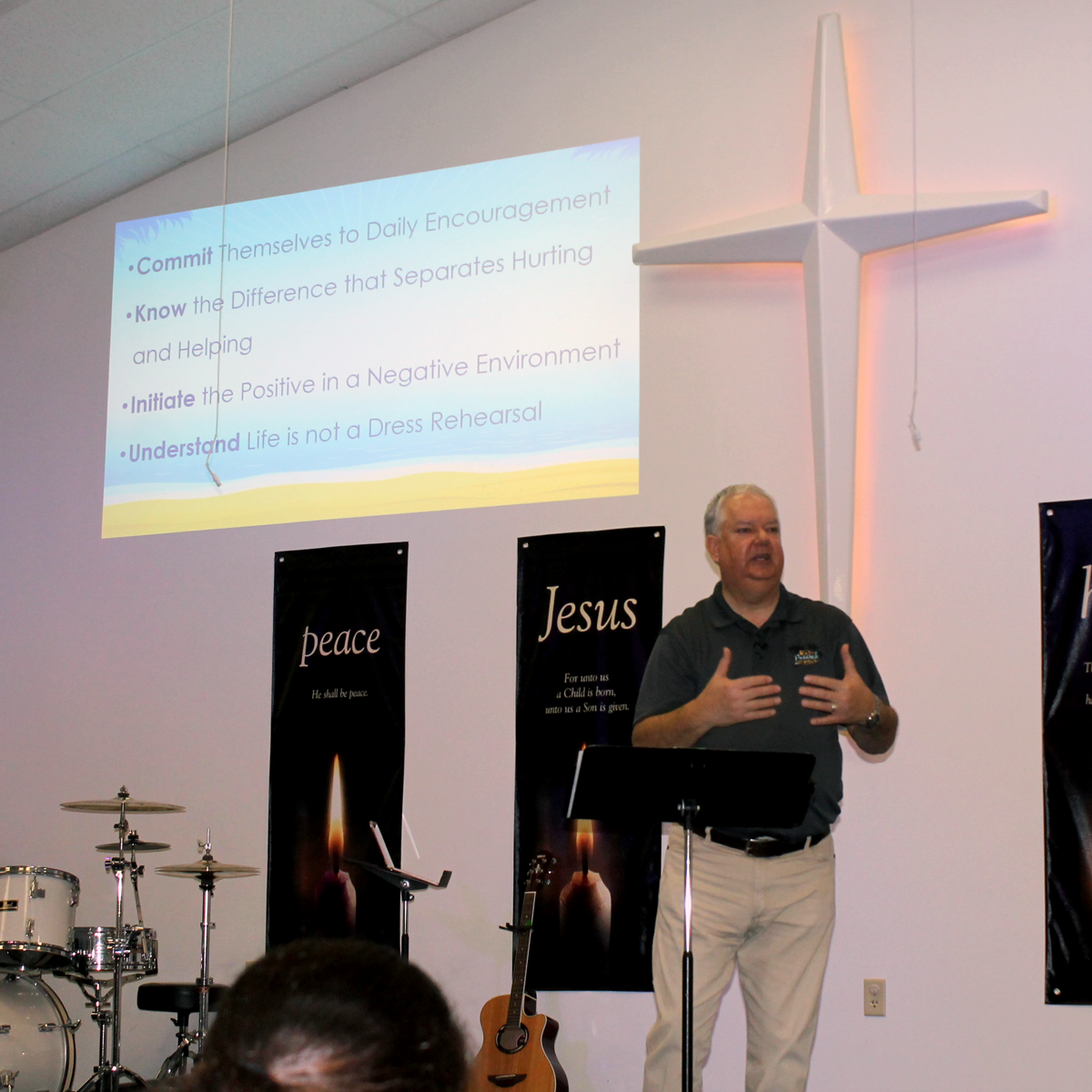 “I believe what Father is wanting us to do is to set the appropriate example,” he continued. “The world wants to see that joy!”

Terrell encouraged each listener to practice their faith and lift up others.

To create a visual, Terrell talked about the glass half empty against the glass half full example. Your perception of the glass will determine the outcome of how you act. As Christians, we should lean toward choosing joy and rejoice in the Lord in light of any situation, as it says in Philippians 4:4-9.

In order to do this there’s got to be a plan. Terrell uses this one: commit, know, initiate and understand.

For commit, Terrell said to, “commit to daily encouragement.” Rather have a mental commitment to love on people. Know says to, “know the difference that separates hurting people and helping people.” People need to know there’s a difference between the two, and approach them in different manners if they are hurting or healthy. During Beach Club, this means not ignoring bad behavior in children, but instead, loving them through it.

“We need to be willing to work differently in different environments,” Terrell said.

“You’re on stage; it starts the moment you wake up. People are watching to see how you react. For the kids in Beach Club, they are watching you to see if you are really who you say you are.

“When you see people, whether you know them or not, say a good word unto the Lord,” Terrell said.

Watch Terrell’s full message from the Leadership Luau: Spring Training in Houston below: