To kick off the new year, we have some exciting news to share! Last fall, as part of their Multi-disciplinary Leadership Captstone Project, students from the University of Arizona conducted a study of the educational impact of KiDs Beach Club®. Their findings bring validation from an academic institution that the work being done in Beach Club® makes a difference! Of course, we have known this to be true, but now that knowledge has been independently validated. 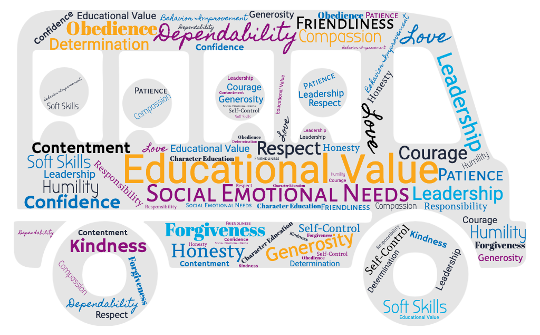 The KiDs Beach Club® (KBC) after-school program plays an important role in the academic life of public elementary schools by meeting student social-emotional needs, improving student behaviors, and developing leadership among students, according to a study conducted by the University of Arizona.

University of Arizona researchers studied elementary schools that have a KiDs Beach Club® program. Principals at these schools noted several challenges that their schools faced and how KBC assisted in meeting those challenges. Student social, emotional, and behavioral issues were all concerns. The COVID-19 pandemic was seen as causing deterioration in student interpersonal skills and reducing their ability to empathize and demonstrate kindness toward others. Principals noted the lack of time and resources available within the school day to address the needs for emotional and behavioral maturity, making the KBC after-school program especially important. Schools, especially those designated as Title I, also faced a lack of parental support at home.

Principals noted that an integral part of the supplemental support KBC provides schools are KBC’s adult volunteers and the “benefit of having adults other than their school’s faculty contribute toward instilling positive behavior in students.” One principal was quoted as saying “KBC taught students how to be a friend, what it is like to stand up for someone, and how to become leaders.” The study found that KBC’s use of Biblical stories, parables, and lessons were uniquely valuable in instilling values in ways the school could not because of their religious basis. Students responded with excitement about religion.

All principals who participated in the research rated the program highly. “KBC was able to support the schools in their goals to help students with improving soft skills and character development,” the study concluded. The program provided additional opportunity for students to “learn, grow, and be supported beyond the classroom.” KiDs Beach Club® helps “students develop their behavioral and emotional maturity by teaching students good values and how to be better people.”

The study found that the primary educational benefit of KiDs Beach Club® was the development of student soft skills and character, which contributed to overall learning.

Researchers used qualitative methodology to conduct four case studies of public elementary schools. Schools were randomly selected from a pool of 44 schools that had the KiDs Beach Club® program for at least three years and that had the same principal during that period. Researchers conducted phone interviews with principals during fall of 2022. The principal’s responses were recorded and turned into data for analysis.