By now you know the impact you’re making by supporting KiDs Beach Club’s Bibles for Beach Club program. You know that because of you we are able to put a Bible in the hands of every child in every Beach Club.

One church outside of Dallas, Texas is helping provide God’s Word to even more children and they’re utilizing Beach Club kids to deliver it to their friends who don’t yet have a Bible.

They received their KiDs Beach Club® Explorer’s Study Bible when the Dallas Independent School District campus held its Great Treasure Day in late October. Some children had already received a Bible at Great Treasure Day last spring. This fall, they provided KBC Bibles to another 72 children who had not attended the club prior to this year.

Of course, what makes this Beach Club different is that every child in that club had already received a Bible from the church. 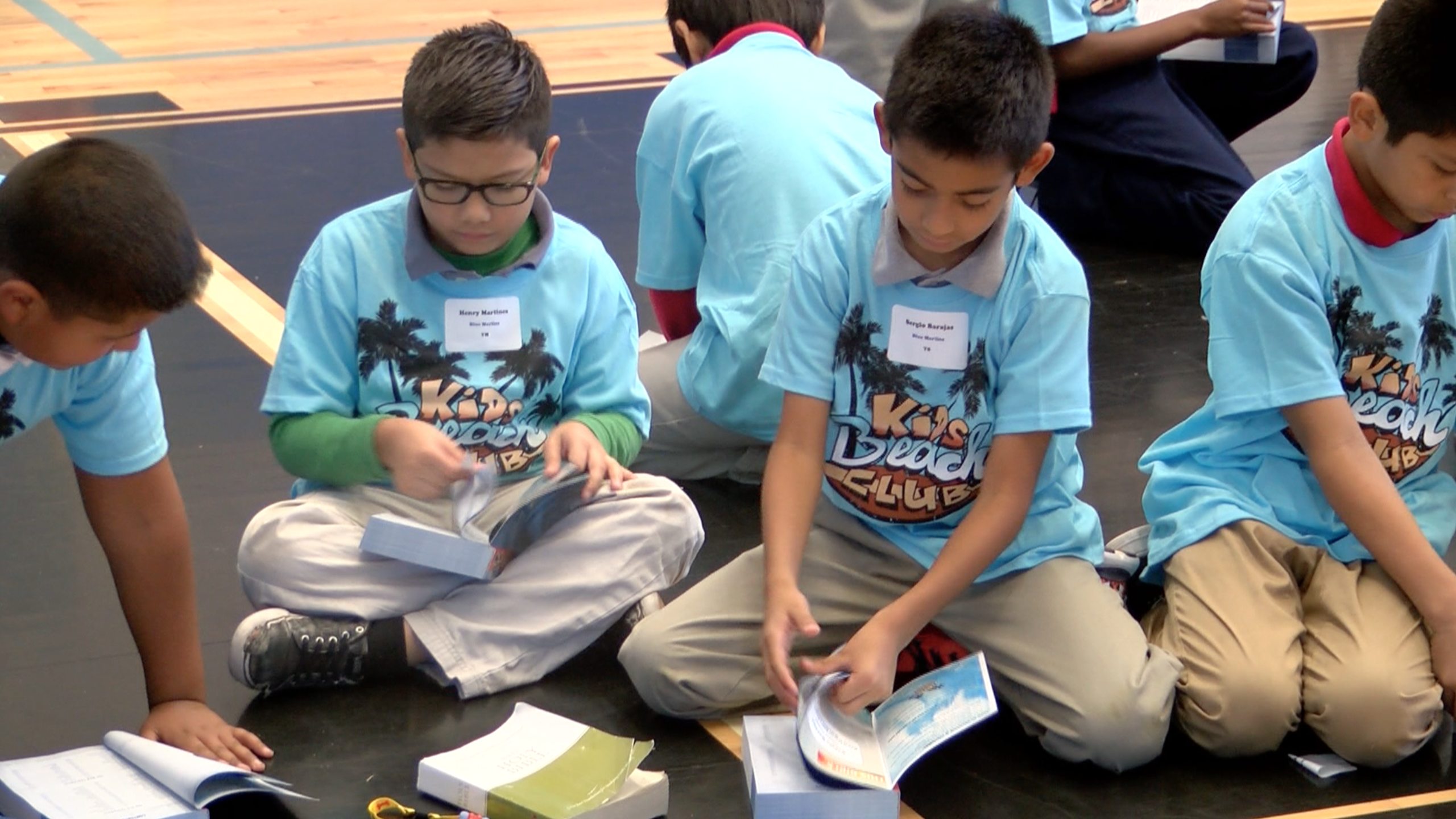 Royal Haven volunteers provided Bibles to every child on the first day of Beach Club because they felt it was important to provide the Word of God the very first day the club meets. Great Treasure Day didn’t take place until the seventh week of Beach Club this year.

“What we’re seeing is that there are kids who have never had a Bible, ever,” said Belinda McBride, the Beach Club coordinator at Bush Elementary. “In fact, we had kids begging for Bibles before we ever had Bibles in hand to give them. As a result we’ve given them temporary Bibles until they can get the Kids Beach Club Bibles.”

What happens next is purely inspiring.

At Great Treasure Day, they asked children who received a new KiDs Beach Club® Explorer’s Study Bible to give the Bible they got at the start of the year to someone they know who doesn’t have a Bible of their own.

“We told them that the need to give their (temporary) Bible to someone who has never had a Bible,” McBride said. “Next week, we’ll ask our kids who they gave their Bible to.”

Through your passionate participation in our Bibles for Beach Club program and in the spirit of #GivingTuesday on December 1, when you’ll continue to help us #GiveKiDsCharacter, you’re showing these kids how to be generous by essentially DOUBLING the number of children receiving Bibles at Bush Elementary.

It’s because of your unselfish attitude and your willingness to share with others that is helping #GiveKiDsGenerosity. Thank you for your continued support!