Many Beach Clubs reward kids for good behavior or accomplishing certain tasks in their clubs with trips to a treasure chest that is usually stocked with candy or inexpensive toys. Some clubs, like the one at Bukhair Elementary School in Richardson, Texas, use a ticket system explains surf team leader Kevin Perry.

“We have little tickets for each child and we sign our initials on them when they show up to Beach Club, when they recite their scripture verse, when they bring back their Hang 10 page or when they bring their Bible,” he said. “When they fill these tickets up – it usually takes them three to four weeks to fill up one ticket with 15 signatures – they can go to the treasure chest and turn them in for a small prize.

“If you lose your KBC Study Bible, you have to turn in two of these tickets to get a new one.” 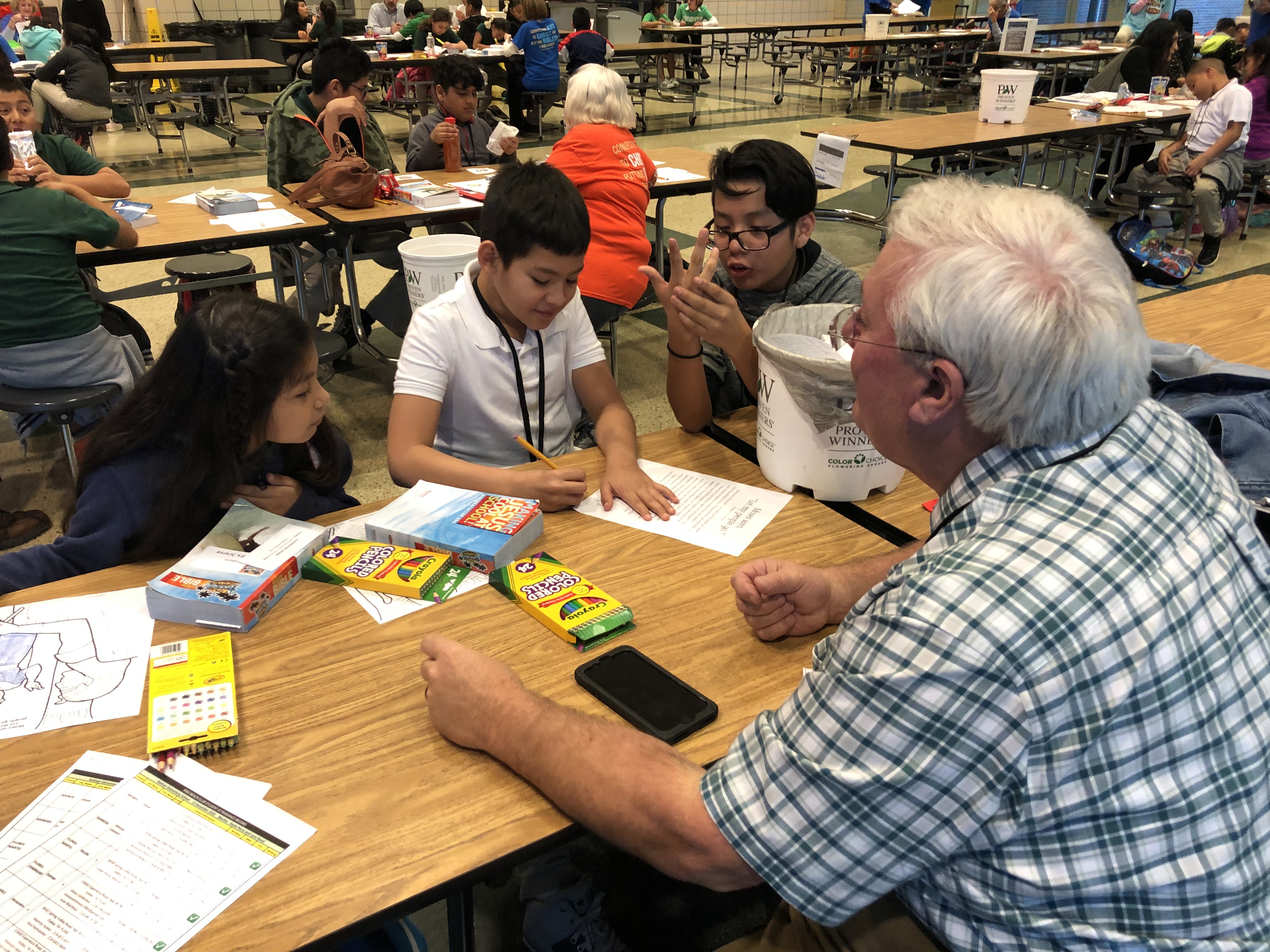 That’s what a fourth-grade boy named Delmer decided to do recently, but for a very unique reason. Perry asked him what happened to his Bible.

“I still have it,” Delmer said. “But I want to get one for my younger brothers to share and then they won’t keep tearing up my Bible.”

Perry says Delmer has a lot of energy and is a good kid, who knows the answers and participates in memorizing the scriptures. He sings and actively participates in worship and looks forward to the Bible lesson, his favorite part of Beach Club.

Perry has seen other kids replace their lost Bible, but he had never seen a child turn in their tickets to give a Bible to anyone else. Perhaps guided by the lesson that day – about generosity, no less – Delmer wanted to give a Bible to his brothers.

“They just started learning about the Bible and I thought it would be good for them to have a Bible of their own,” Delmer explained about his act of generosity. “I read the Bible to them.”

The Bible lesson that day was from Luke 21:1-4 about the poor widow who gave all she had.

“And He looked up and saw the rich putting their gifts into the treasury, and He saw also a certain poor widow putting in two mites. So He said, “Truly I say to you that this poor widow has put in more than all; for all these out of their abundance have put in offerings for God, but she out of her poverty put in all the livelihood that she had.”

There was no coincidence that on that same day the Bible connection leader shared this story that Delmer filled up his second ticket.

“The spirit of generosity he shows is amazing,” Perry said. “He wasn’t prompted to do that; he came up with it all on his own. Quite frankly, it surprised me, but I was pleasantly surprised.”

Perry suggested there is a lesson in this story for adults.

“The lesson in it – for us adults – goes back to being a child and having a generous spirit by thinking of others first,” Perry said. “Sometimes we forget that as we grow up. We get so focused on ourselves and our mission in life that we forget to be generous to others and I think that’s something we can all learn from Delmer.

As we approach the end of the year and in this season of giving, we ask you to prayerfully consider making a gift to KiDs Beach Club®. Your contributions and support help us reach kids like Delmer with the Good News. Teaching character through the lens of scripture is a primary focus of our curriculum.
Together, we're connecting kids to Christ and putting Bibles in their hands, all the while making Jesus cool at school!

EDIT: We would like to thank you for your generous support of KiDs Beach Club during the charitable giving season at the end of 2018. Because of your faithfulness to us, we were able to exceed our goal of $100,000, which has provided us a springboard into 2019. Thank You!

Arkansas [5]
Florida [29]
Georgia [5]
Kentucky [9]
Louisiana [5]
Mississippi [10]
North Carolina [1]
North Dakota [1]
Ohio [1]
Oklahoma [1]
Tennessee [20]
Texas [209]
Sorry! We don't have a record of the information you submitted. Please check your registration records for accuracy and try again. Or if you are not registered for a club, click the blue button below.