Highlight of Teaching Kids the Bible

This past fall when North Euless Elementary School celebrated Great Treasure Day, each child was given a brand new KBC Explorer’s Study Bible. With excitement and curiosity on this highly anticipated day, the children flipped through the more than 1,420 pages of scripture and turned to the colorful KiDs Beach Club® insert pages.

The children’s enthusiasm was evident, but for some children on that day a small worry began to surface. Each week during Beach Club, the children had been told how the Bible is God’s love letter to us and his sacred word. With so much focus on its importance, the children were nervous and a little overwhelmed to use their new Bibles.

During one meeting, Kelley Crow, a member of the strategic growth team at KiDs Beach Club®, who also serves as a surf team leader at North Euless, was passing around a pencil for her Surf Team to underline the day’s Memory Link.

A little boy named Joshua expressed his concern about writing and marking in his Bible. He didn’t know you were allowed to do such things to such a special and holy book.

Crow was able to tell her Surf Team how it is not only OK, but it is encouraged that the children mark verses in their Bible. She also encouraged them to write notes in the margins of the text.

“It is important to be able to look back on what has been studied in Beach Club, and marking the verses helps you to remember later,” Crow remembers telling the children.

The club leaders at the North Euless Beach Club, which is sponsored by First Baptist Church Euless, realized the problem and offered a solution. Now, every week at club, volunteers bring highlighters for the children to use during Beach Club. They must bring their Bible with them to club in order to get a highlighter. Leaders taught the children how writing and highlighting in their Bibles is OK, and how it can help them study God’s word better. They are encouraged to highlight that week’s Memory Link in their Bible and mark the page so they can review it between club meetings. 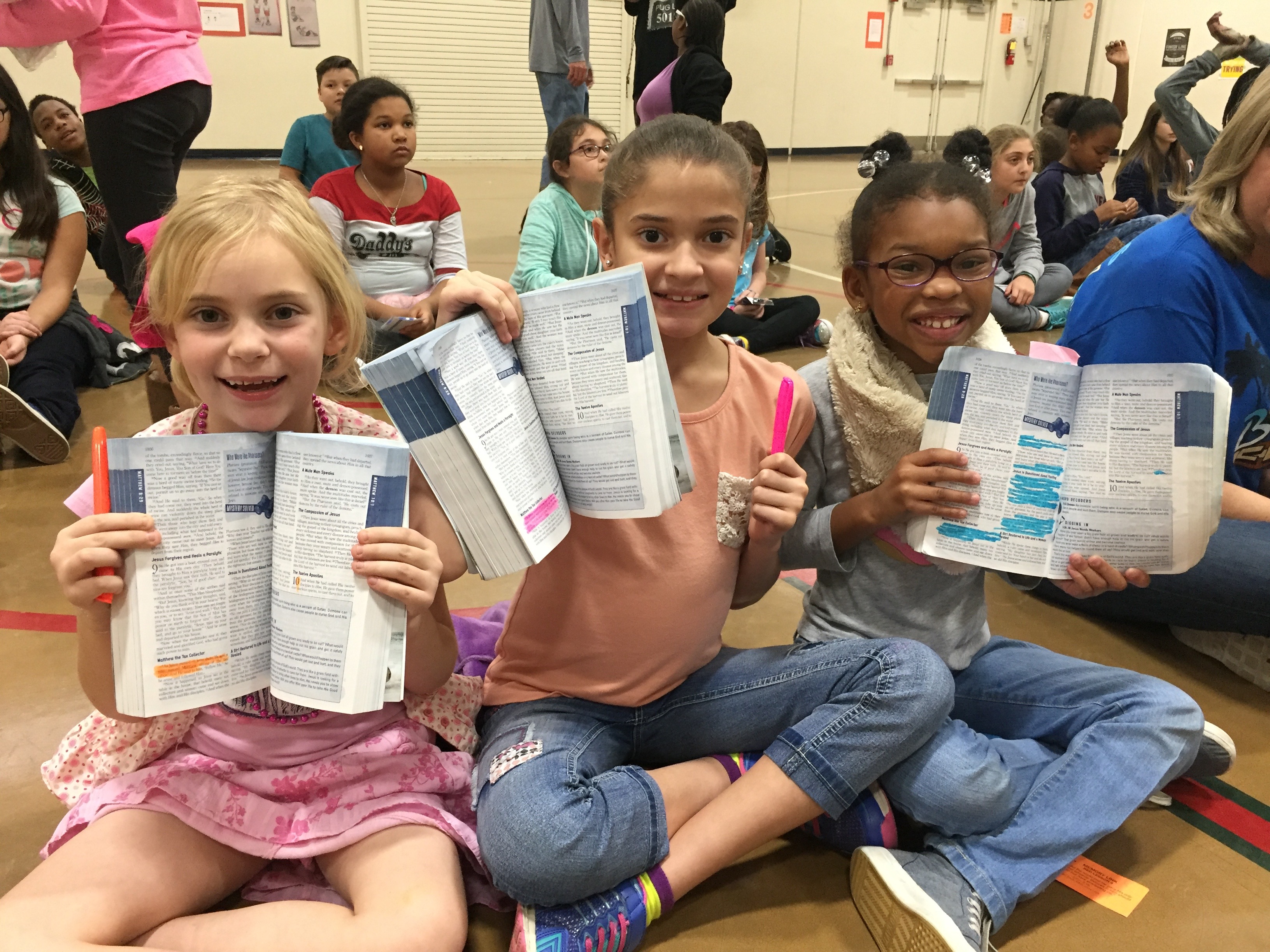 Children at North Euless and at some other Beach Clubs across the country cannot wait to get their highlighters and listen to the lesson. They turn to the scripture passages and the next thing they want to do is highlight the verses in their Bibles.

Instead of the children being nervous to study God’s word, their Bibles are glowing with different colors of highlights on verses they have learned in Beach Club.

“Any time they can get excited to open their Bibles it’s a great thing,” Crow said.

The ability for these children to receive their own Bible to write in and learn from would not be possible without your support of the Bibles for Beach Club program. Without KiDs Beach Club® going into the public schools many of these children would not know how to use and study God’s word.

Our time to reach these children for Christ is short, sometimes even shorter than the four years between third and sixth grade we focus on. Joshua, whose concern led to the implementation of highlighters at North Euless, will be moving after this school year. There is not currently a Beach Club in the town where his family is planning to move, but thanks to your support and his concern, he will be armed with a KBC Explorer’s Study Bible that is now filled with highlights and notes from what he is learning in Beach Club.