Character education is an important element of KiDs Beach Club®. It’s one of the main factors why elementary school teachers, principals and superintendents love having Beach Club in their schools.

For each of the 24 weeks of Beach Club throughout the school year, KBC volunteers teach from a curriculum designed around a different character word that is taught through the lens of scripture.

Within the hour-long, after-school Bible clubs, that word is defined from a story in the Bible and paired with a Bible verse to further illustrate the character word. KBC volunteers emphasize the character trait during small group time as well as during the review game. By the time a child leaves Beach Club, they will have learned about that week’s character word at least six different ways.

The Beach Club at Janie Stark Elementary in Farmer’s Branch, Texas, reinforces character education a very unique way. Schalee Sanchez, the club leader at the first-year club sponsored by The Branch Church, was looking for a way to not only teach about character, but to have the kids put it into practice.

“One of the hardest things, as I was thinking as a leader, how are we going to encourage good behavior?” Sanchez asked herself. “What can I do to help the kids understand the value of not just learning about these character traits, but actually putting them in practice and doing the things that we’re learning? 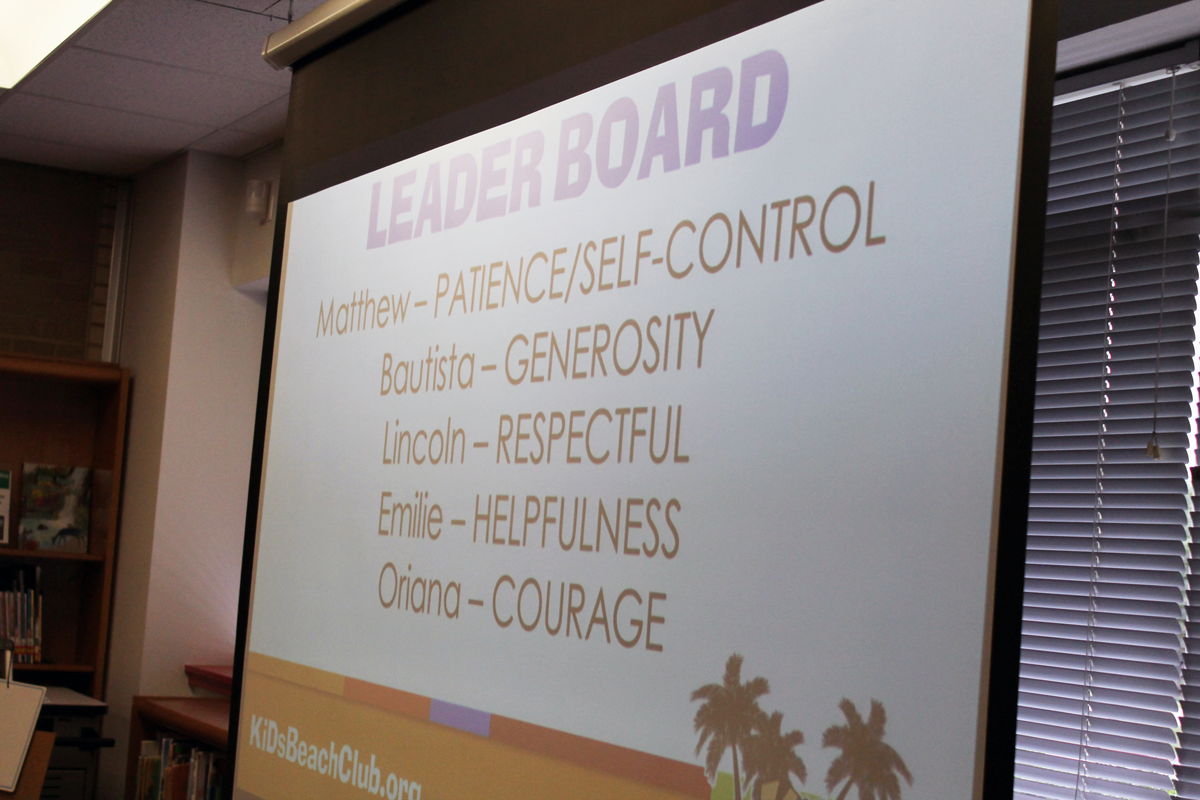 Before Beach Club started in September, she was watching a surfing movie where each surfer’s score from the competition was put up on a leader board for spectators to see.

She thought, “Hey, we could do that.”

Each week during Beach Club, they have a segment when the entire group leaves their tables and come together to worship God and learn that week’s Bible story. Before that gets started, they recognize children who are displaying and practicing the character traits they are learning in Beach Club.

They put names up on a “leader board” and hand out small trinkets to those who are recognized. During the week of Great Treasure Day in October, five kids were recognized and were given lanyards with the words “I love Jesus” they could attach their KBC nametags to.

Those kids were singled out for living out patience/self-control, generosity, respect, helpfulness and courage. Sanchez mentioned how they each had displayed a trait while at Beach Club.

Just as educators embrace the emphasis on character education Beach Club provides, so, too, do our club leaders and volunteers.

“If we don’t teach these kinds of character traits, they’ll grow up to be adults who don’t know about being kind and haven’t practiced it,” Sanchez says. “All of these things have to be practiced. If a child goes through their entire life without having seen examples of these things shown to them and being given opportunities to practice them, then they’re going to become an adult who is not orderly, who is not respectful and who is not kind.” 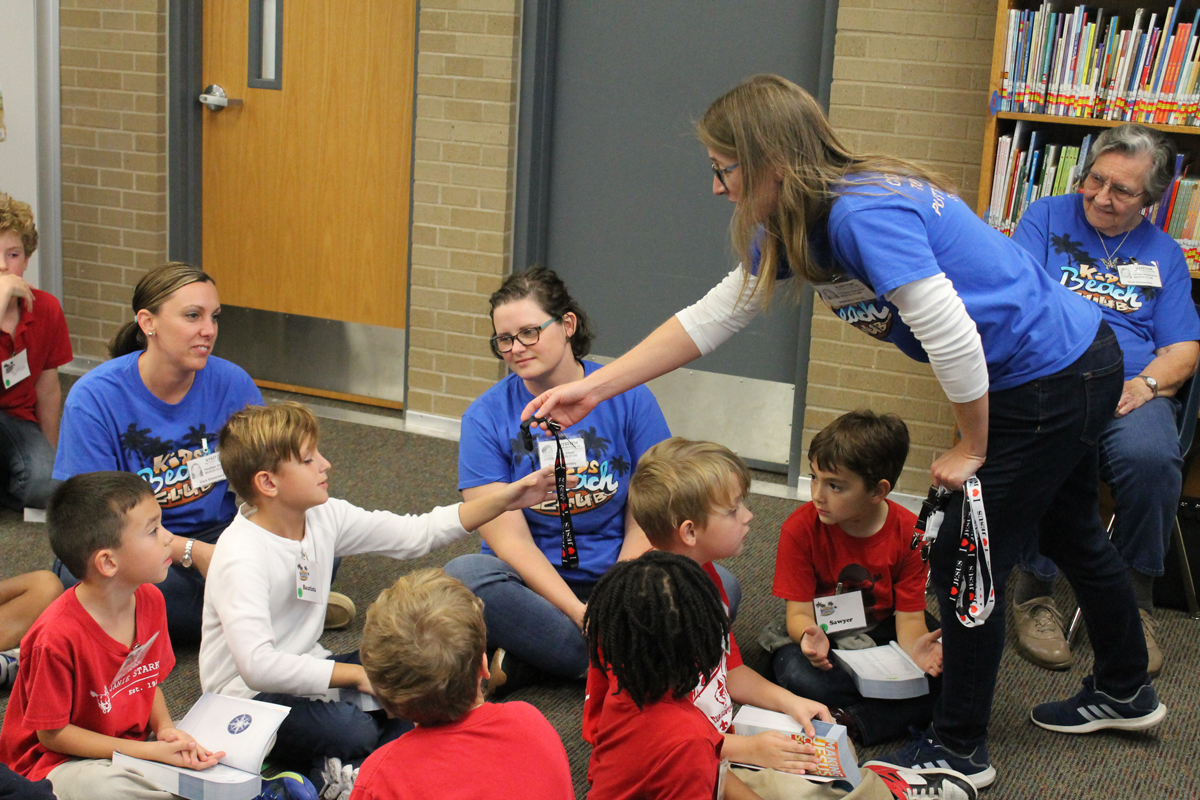 Sanchez offers a different perspective about why teaching biblical character is important. She moved back to the United States about four years ago after serving with her husband and children as missionaries in Colombia. At that time, they were contemplating and praying about where their kids should go to school or if they were going to homeschool them.

“My heart was extremely burdened after seeing all of the things that happen in our public schools now,” she said. “As I began praying about that more and more, I really felt like God was saying, ‘I want to teach you to fight back, but in the right way.’ I really believe that KiDs Beach Club® is doing that. That KiDs Beach Club® is a way; that in a spiritual realm, the armies of God are being able to fight against the darkness and being able to shine His light in places that are dark.”

“We really felt called that God opened a door for our kids to come to school here and that His mission in that was for us to be a light.”

Our commitment to teach Christ-like character in Beach Club is the focus of our year-end fundraising campaign. Your financial support is crucial to our mission and vision and we could not do it without you. As you pray about which ministries fit your giving strategy as we close out 2018, we request that you ask the Lord if KiDs Beach Club® is one of those.

The year-end charitable giving season officially begins with Giving Tuesday – the global day of giving – the Tuesday after Thanksgiving. This year, that date is November 27. To lend your financial support to our ministry, you can give any time at kidsbeachclub.org/give.