“I’m so excited for Beach Club today,” Madyson, a first grader at Rutherford Elementary School in Mesquite, Texas, said when she arrived at Beach Club earlier this month.

Why? It was Great Treasure Day.

“We get Bibles and get to take them home and we also get to pray to God!” she exclaimed with great anticipation.

God’s word is the greatest treasure and it is the centerpiece of Beach Club. The name itself was inspired from Psalm 119:162, which reads, “I rejoice at Your word as one who finds great treasure.” Every child in Beach Club learns the verse the day they receive their Bible.

“I explained to them today, this is (from) God, your heavenly Father, who thinks you’re the most awesome thing He’s ever created, and he wrote you this letter that’s the Bible,” said Scott Morgan, a Surf Team leader at Rhea Intermediate School in Forney, Texas. “I don’t think a lot of kids understood that. They thought it was just a book with words in it. To see their faces smiles when they got the Bible was so awesome.” 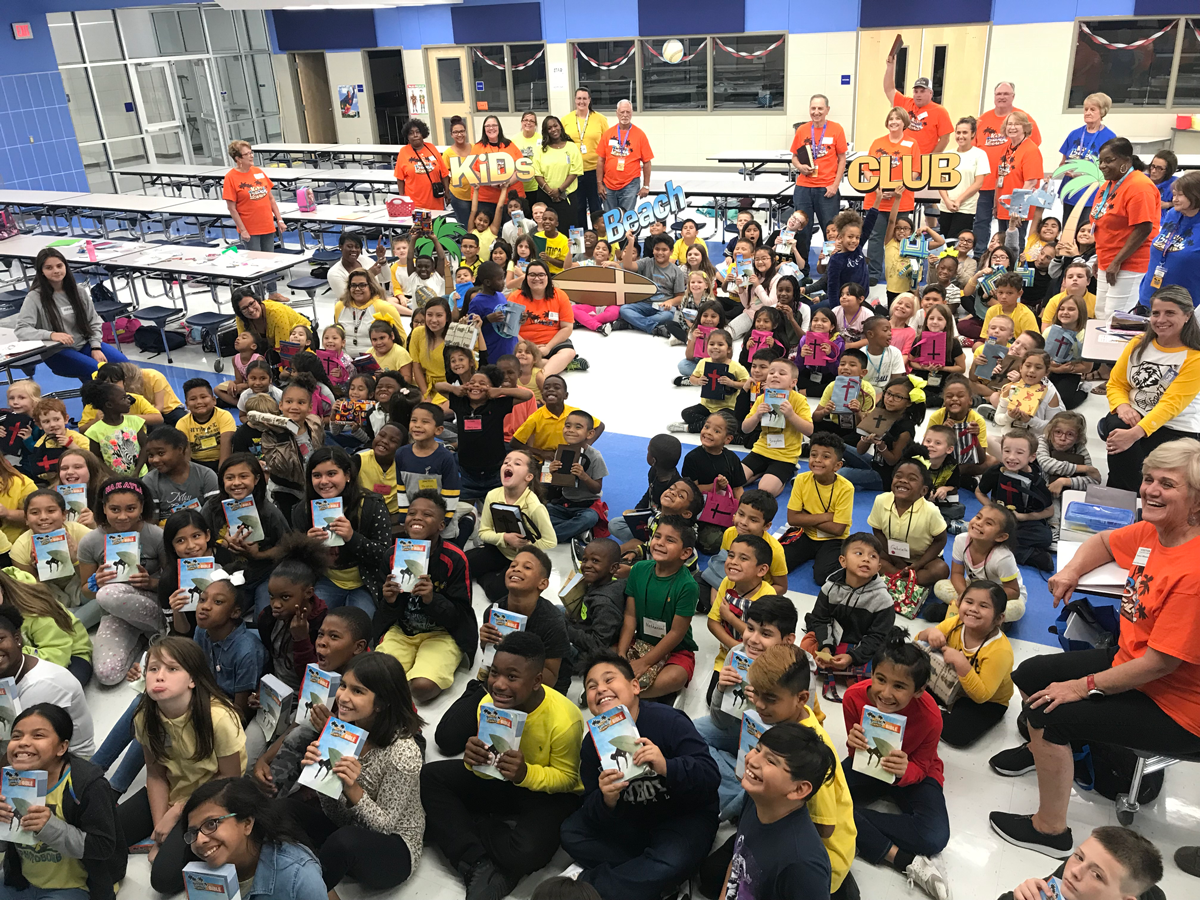 Holly Grubbs, the principal at Rutherford, agreed. She praised the work Beach Club volunteers are doing at her school.

“We appreciate how you come in every week and pour into the hearts of our children who we see every day,” Grubbs said. “Today was Great Treasure Day at Rutherford and every child received a Bible. There is nothing more heartwarming than watching the smiles on these precious children’s faces.”

Your continued support of KiDs Beach Club® allows every student to have their very own copy of God’s word to read, study, share and grow from, which is making a daily and eternal impact on their lives. The Bible as a moral standard and the plumb line for character education. Good character starts from a transformed heart. God’s own perfect character is revealed in His word. When every child has a Bible of their own, they are better equipped to learn God’s word and live God’s way.

“It’s important for kids to be in God’s word because God speaks to them through His word,” Rhoda Golden, a volunteer at Rhea Intermediate, said. “It’s not second hand. When they can get into the word, they can read it and then the Holy Spirit will work within them as they’re reading just as He does for adults.”

The same day Reagan received her KBC Explorer’s Study Bible at Rhea Intermediate, she asked Jesus to be her “Forever Friend.” Angela Morgan, Scott’s wife, is also a volunteer in Beach Club and had the privilege of leading Reagan to Christ.

She explained to Reagan, “‘Now you can get into that Bible and read about God and get to know Him better; you get to see how much He loves you.’ She was so excited,” but she began to tear up and confessed that her family doesn’t attend church because they are busy with softball tournaments on the weekends.

“I told her not to worry; that she can pray to God anywhere,” Angela said. “You can open that Bible we just gave you; that’s all you need.”

“I was able to share with her that I was saved in the fifth grade and I didn’t have a family to take me to church and that’s what I told her, ‘don’t lose hope, stay in that word and God will provide a way.’”

KiDs Beach Club® is a solution for churches, like First Baptist Forney, which sponsors the Beach Clubs at Rhea and Smith intermediate schools, to go outside the walls of its church to reach unchurched children with the gospel of Jesus Christ.

“I think (Beach Club) provides an opportunity for some kids,” Angela said. “Maybe their parents don’t have the time or make the time to take them to church, but here we are. All they have to do is stay after (school). They get a great opportunity to be in the word, to worship, to have fun playing games and just to be with other believers and grow in that way.”

GTD at Rhea Intermediate from KiDs Beach Club on Vimeo.