‘When the Word of God is Read, It Changes Lives’

KiDs Beach Club® hasn’t always handed out a Bible to every child in every Beach Club. That is a relatively new initiative of the ministry. Through 2014, each Beach Club only gave out one Bible each week. 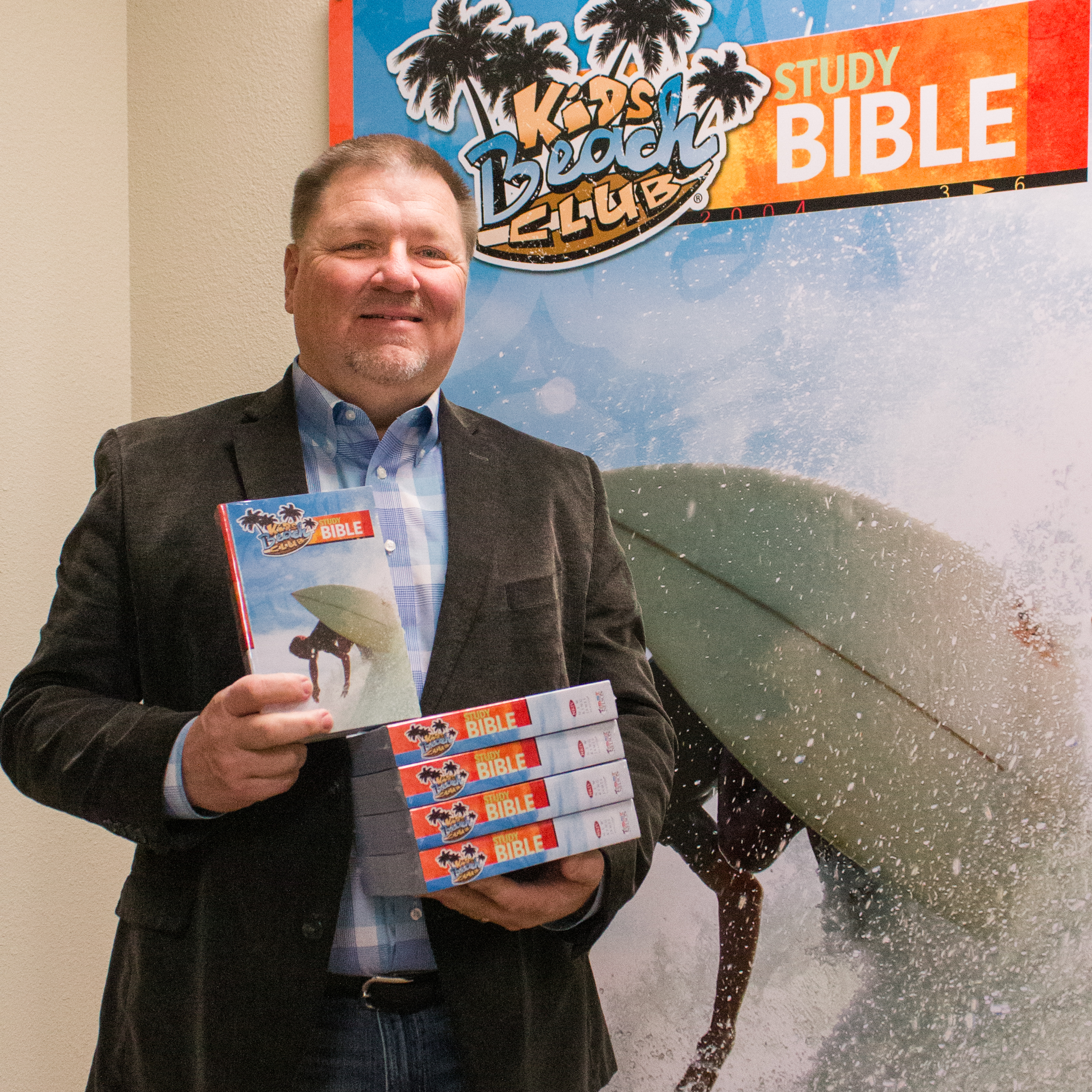 Fray Webster has been a long-time friend of KiDs Beach Club® and has been supporting the ministry since Jack Terrell started it in 2003 as part of the children’s ministry at First Baptist Church Euless. KiDs Beach Club® became an official non-profit organization in 2006.

“When they spun off on their own, we were a small financial contributor, kind of like a cheerleader on the sideline,” Webster said. “But we weren’t heavily involved in any way, form or fashion.”

Through his own daily devotion and prayer, Webster began hearing another message from God.

“He really just put on my heart that His word needed to be in every child’s hands,” Webster admitted. “I just began questioning that in my heart and my mind as to how we could do that. Could we do that at KiDs Beach Club®?

“Surely, if other groups could do it, certainly we could, too,” Webster remembers. “God began putting it on my heart, burning it in my heart, so I asked the question at a board meeting, ‘Why do we not give a Bible to every student in KiDs Beach Club®?’”

That meeting was in early 2014 and when the organization’s annual benefit dinner rolled around in September, it was renamed as the Bibles for Beach Club Benefit Dinner with the sole purpose to raise enough money so that every child could receive a Bible of his or her very own.

“It’s obviously ordained by God as He brought this thing together,” Webster said. “I may have been the one who mentioned it at the board meeting, but He had already put it on the hearts of many people and there was an immediate affirmation that we needed to pursue this when I brought it to the table. Then God began orchestrating ways for that to happen.” 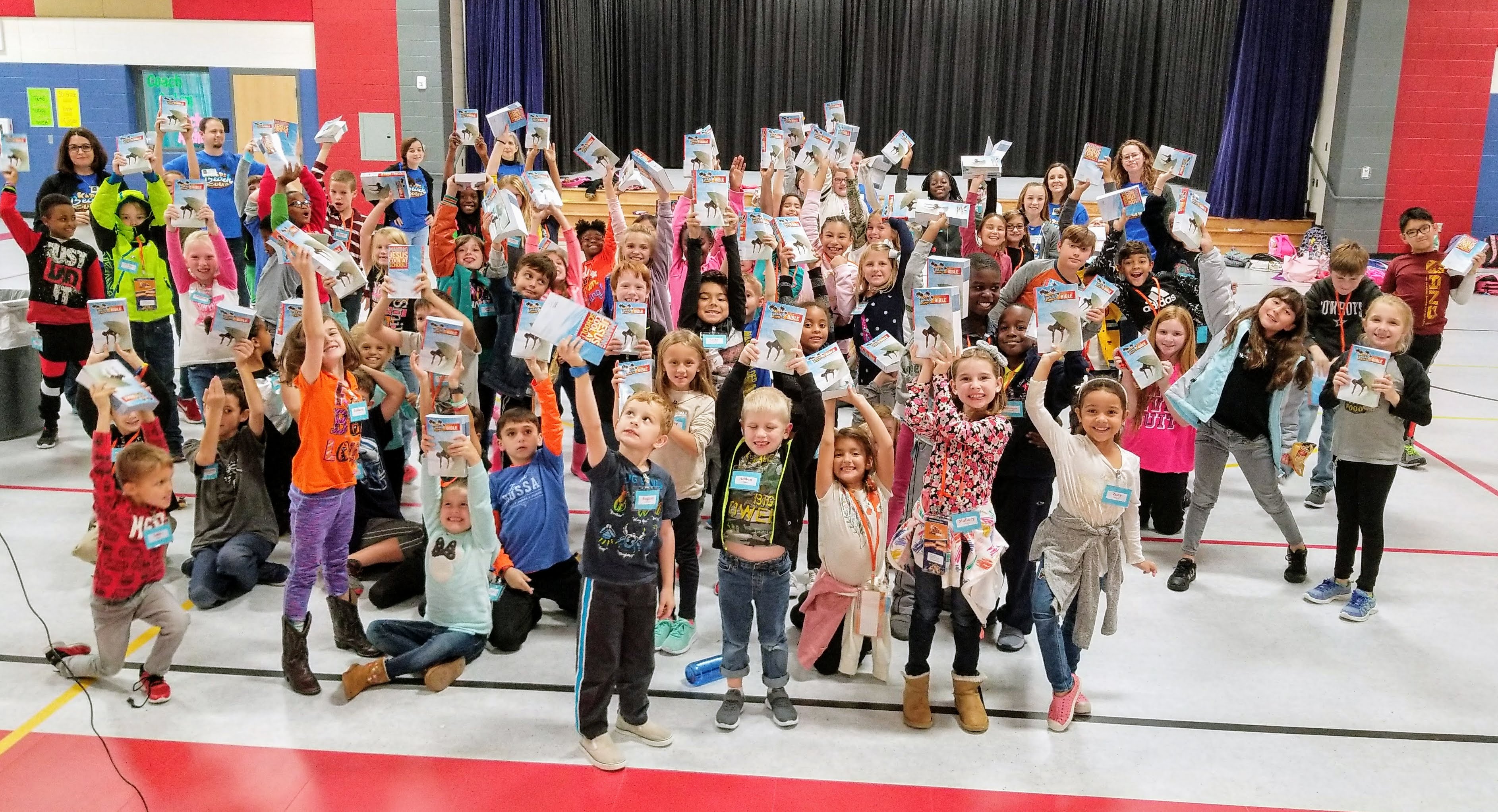 “I was at a Beach Club two years ago when we gave out Bibles,” Webster says. “It was a powerful, powerful time. I’ve seen some of the videos documenting Great Treasure Day, but it was a beautiful time to be in a Beach Club on Great Treasure Day to see children receiving their Bibles – the excitement,  the anticipation leading up to that and to walk in that room and see the Bibles stacked up on the table ready to be given to the children, it’s fantastic.

“I sat down with a group of about five fourth-grade boys and got to visit with them. I sat at their table as they were called up to get their Bibles. They were excited about them and they brought them back and every one of them immediately opened their Bible and began thumbing through the pages, looking and reading bits and pieces through their Bible.”

Webster says he loves hearing stories about kids reading the Bible at school and the stories about parents asking if they can have another Bible because they want to read it after seeing how their children are so encouraged by reading the Bible. Webster reminds us of Isaiah 55:11, which says, “So is my word that goes out from my mouth; It will not return to me empty, but will accomplish what I desire and achieve the purpose for which I sent it.”

“We understand that God’s word accomplishes what God wants it to,” he says. “So, to put a copy of God’s word into those children’s hands – every child – they might be a teenager before they pick that Bible up and really read it, but that’s when God speaks to them. It might be their mom, or their dad, or their brother that’s not in a Beach Club.

“We’re putting a Bible into that home. We’re putting it in there with a dynamic and fun message to that child that encourages them to pick that Bible up and read it. I just think when the word of God is read, it changes lives.”

You’re helping KiDs Beach Club® distribute God’s word in public schools and it’s not only changing a child, the culture of the school, a family or their community, but it’s also changing lives for the benefit of God’s kingdom.

“We’re not (just) dealing with giving a third grader a Bible,” Webster reminds us. “We’re dealing with eternity here. Think about the families that we can change. What if it’s the third grader who accepts the Lord and they begin witnessing to their brothers and sisters and their family and nothing happens there, but that third grader grows up, gets married and has a family. What happens to those generations afterward? It’s an incredible opportunity.”

You can help us reach even more kids and their families for Christ by attending this year’s Bibles for Beach Club Benefit Dinner on Saturday, April 13 at Texas Motor Speedway. Tables, half tables and single tickets are available now at kidsbeachclub.org/dinner.